Tate Taylor and Octavia Spencer had a “meet-cute” worthy of the movies they now create.

The setting: Canton, Mississippi, in late 1995. Octavia Spencer, an Alabama native, was a casting assistant for the movie A Time to Kill. Tate Taylor, who grew up in Jackson not far from the set, was an office production assistant on the film. His job was to hand-deliver call sheets—the industry term for daily filming schedules—to each department. In casting, he happened upon Spencer, a fellow film fanatic who would become a lifelong friend.

“We immediately hit it off and started cutting up around each other,” Taylor recalls, “and it never stopped.”

Spencer remembers it this way: “I’d been in Jackson for at least six weeks of prep,” she says. “However, I didn’t meet Tate until the Friday before we started shooting when he delivered the call sheet to our office. He was so cute and funny. I think he invited me to a party at his house, and the rest is a 25-year history!”

And what a history it is. Now one of Hollywood’s most in-demand directors and producers, Taylor has worked on several major motion pictures ranging from the James Brown biopic Get On Up to the psychological thriller The Girl on the Train, as well as the new TV show Filthy Rich. Meanwhile, Spencer has scooped up award after major award for her unforgettable roles in front of the camera. She and Taylor have collaborated on five films so far, including the Mississippi-shot movie The Help, which Taylor adapted the screenplay for and directed, and for which Spencer won both an Academy Award and a Golden Globe. 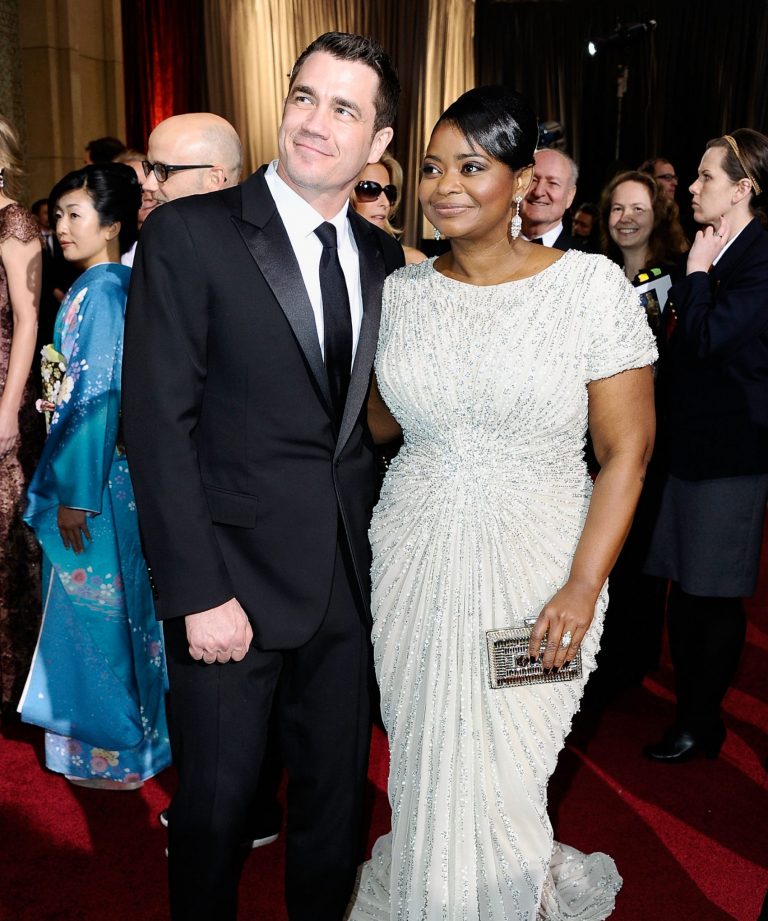 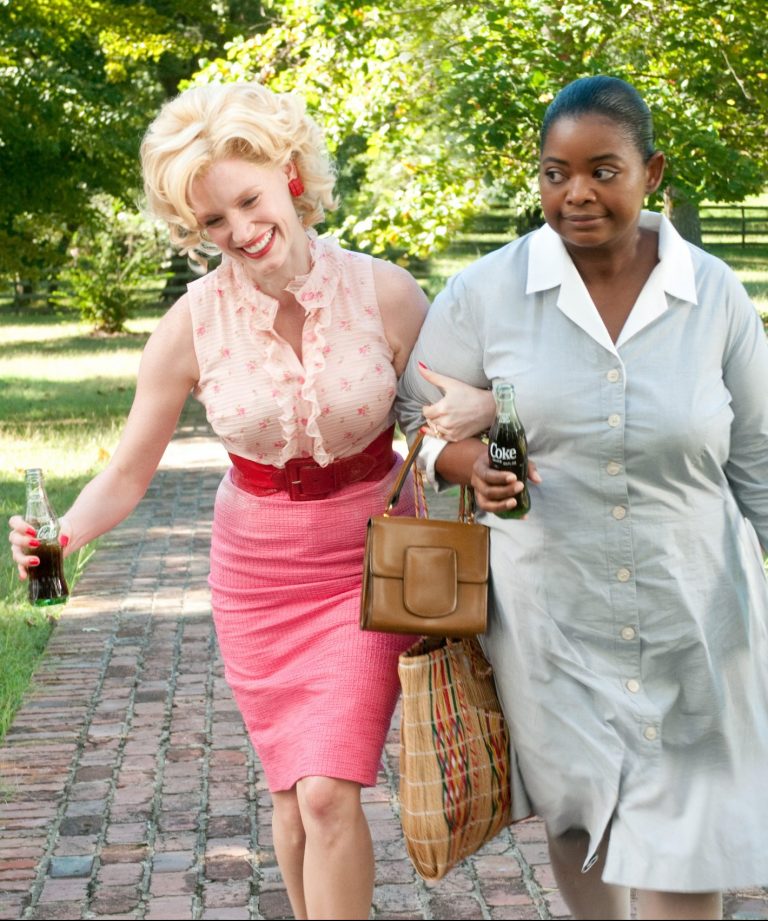 But it all started back when both were just finding their footing in the industry right here in the Magnolia State, as the two tell the Mississippi Tour Guide in exclusive interviews. Their days on the A Time to Kill set were spent mostly apart, as Spencer worked with extras and Taylor manned the production office, but when production halted each evening, the real fun began.

“We spent a lot of social time together,” Spencer says. “We were filming in Tate’s neck of the woods, and he was an amazing host. He showed us all a great time.”

A Time to Kill was also the film in which Spencer got her first chance to appear onscreen. It was a short scene, but it was enough to inspire her to pursue additional roles in front of the camera.

She and Taylor both soon moved to Los Angeles, where they were roommates for several years while both saw their careers take off.

“We had a blast as roommates!” Spencer says. “Tate is very social; I’m not. I learned so much about hosting from him, even though I’ve yet to use any of those acquired skills. His dinner parties were legendary and have now become the memories we cherish. I think our being roommates certainly solidified our relationship, as I consider him an important part of my family.”

Their bond only grew as Taylor began writing, producing and directing films of his own and hiring his close friend Spencer to take part. First there was his short film Chicken Party in 2003, then 2008’s Pretty Ugly People, but it was The Help in 2011 that sealed their status as a dynamic duo in Hollywood. Filmed primarily in Greenwood with a few scenes filmed in Clarksdale and Tate’s hometown of Jackson, the movie was an adaptation of a novel written by Taylor’s childhood friend and fellow Mississippian Kathryn Stockett. It was a resounding success with both critics and moviegoers, grossing $216 million worldwide and spawning a tourism boom for the state as fans flocked to locations shown in the film.

Taylor brought movie crews back to Mississippi for 2014’s Get On Up, which shot in both Natchez and Jackson. At the same time, he was knee deep in another kind of project on Mississippi soil—the restoration of an 1836 Greek Revival mansion in the tiny community of Church Hill, just outside of Natchez. A boyhood interest in old and historical structures had been resurrected in Taylor while he was in Mississippi filming The Help, so he bought the home, dubbed “Wyolah,” and its 100-acre grounds and dove straight into a major rehabilitation effort. Taylor says the process, which was documented in Architectural Digest after its completion, was both lengthy—stretching over six years—and expensive. “But if preservation is in your blood as it is in mine, that’s the price you pay,” he says.

Spencer and Taylor were together again in Mississippi for the filming of the 2019 psychological horror flick Ma, in which Spencer played the title role of a murderous woman tormented by her past. It was quite a departure from her typical movie parts, but when asked now which genre of film she has enjoyed working on most, she answers without hesitation: “Horror, for sure!”

While in Mississippi working on Ma, Spencer also made headlines for her generosity when she bought out three showings of a movie theater in a Jackson suburb for a showing of Black Panther; on the same day, Taylor bought out a showing of the movie in Natchez. “I thought it was important to support that groundbreaking film and my friends Chadwick Boseman, Michael B. Jordan and Ryan Coogler wherever I was,” Spencer says. “Since I was filming in Mississippi, I wanted to make sure kids in underserved communities would be able to enjoy it.

Despite the production challenges posed by the coronavirus pandemic, both Taylor and Spencer were busier than ever last year, with multiple big-and small- screen projects in various stages of production.

In 2020 alone, Spencer starred in the Apple TV+ show Truth Be Told, the mini-series Self-Made: Inspired by the Life of Madam C.J. Walker, and the HBO Max movie The Witches, and she provides the voices for a mythical manticore in Disney/Pixar’s animated film Onward and a pet duck in the Robert Downey Jr. movie Dolittle. As for Taylor, he too made a move to television by serving as executive producer and director of Filthy Rich, a Southern-set drama starring Kim Catrall. “TV is different because you get to spend so much more time with the characters over 10 episodes, unlike a movie that’s only two hours,” Taylor says. “I look at a TV series as a 10-hour movie. I like that.”

But Taylor’s focus isn’t only on filming these days. His famous Southern hospitality—the spark behind those legendary dinner parties that Spencer reminisces about—is now at work in and around his own Mississippi home. Having “left L.A. wholly” to make Wyolah his main residence, he welcomes friends from all around the country to stay in the renovated third-floor bedrooms or the onsite guesthouses. Along with his partner, John Norris, he is also hard at work bringing other historic buildings in Natchez and Church Hill back to life as restaurants. “I’m working to restore places in Natchez in order to not only save certain structures but also to increase the appeal of Natchez to outsiders, like those in my business,” Taylor explains. “‘Build it and they will come’ is what I live by.”

Spencer, a frequent guest at Taylor’s Mississippi home, says she has gained a “huge contingency of Mississippians as friends” and has had the chance to explore many parts of the state since the two began collaborating. “I’ve eaten at so many amazing restaurants in Mississippi and benefitted from so much warmth and Southern hospitality there,” she says. “Whether in Jackson, the Delta, Oxford, on the Natchez Trace or the Coast, there’s fine dining and wonderful life experiences to be shared. I’m so grateful that I’ve had that opportunity.”

Taylor teases that he and his longtime pal have more top-secret new projects together in the works, including “a big movie.” In the meantime, he gladly takes on the role of unofficial ambassador for his home state among his film industry peers.

“We have so many different parts of the state, vastly different both culturally and topographically speaking,” Taylor says. “The Delta is rich with history, great food, big skies and bigger cocktails. The coast is a seafood mecca and has some beautiful and peaceful spots that feel like they could be anywhere in the world at times. North and east Mississippi are football country, and if you’ve never been to a college game in Mississippi, you must. The southwest is totally different. Natchez is the oldest city in Mississippi and has influences from Spain, France and a little bit of New Orleans. The food is fantastic and the drinks may be even bigger than in the Delta.”

Taylor pauses, then smiles. “Wait, no,” he adds. “The Delta is still cocktail king.”