FROM PEACEFUL SCENERY TO WILD ADVENTURES

Mississippi’s temperate climate and varied terrain make it easy to explore whatever you love about the great outdoors, all year long. 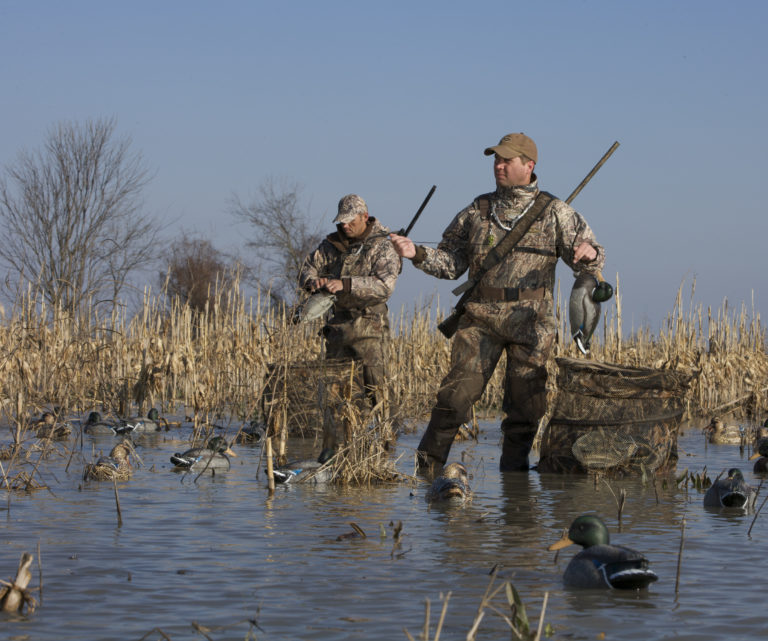 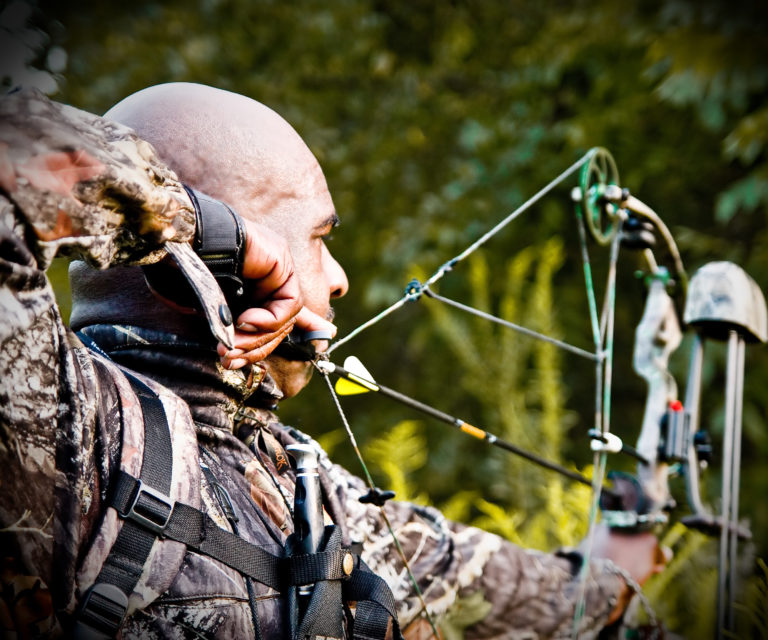 Homegrown hunting and ﬁshing equipment makers abound in Mississippi. In the woods or the blind, it’s all about blending in, so hunters from around the world choose the realistic camouﬂage designs from MOSSY OAK, a brand born in West Point. LONGLEAF CAMO, also based in West Point, is revered for its products in patterns that suit any environment. For more than 70 years, another West Point-based company has been producing ﬁne-quality ﬁshing gear; B’N’M POLES is considered the No. 1 crappie pole company in the world. Will Primos began fashioning turkey calls at a young age, and luring wildlife with specialized calls is the passion of Flora-based PRIMOS HUNTING, now the world’s largest game call manufacturing company. DRAKE WATERFOWL, based in Olive Branch, creates high-quality duck hunting gear including waders, clothing and accessories. HICKORY CREEK ARCHERY in Saucier hits the target with its Draw-Loc crossbows, popular for their easy maneuverability, lightweight and incredible accuracy. 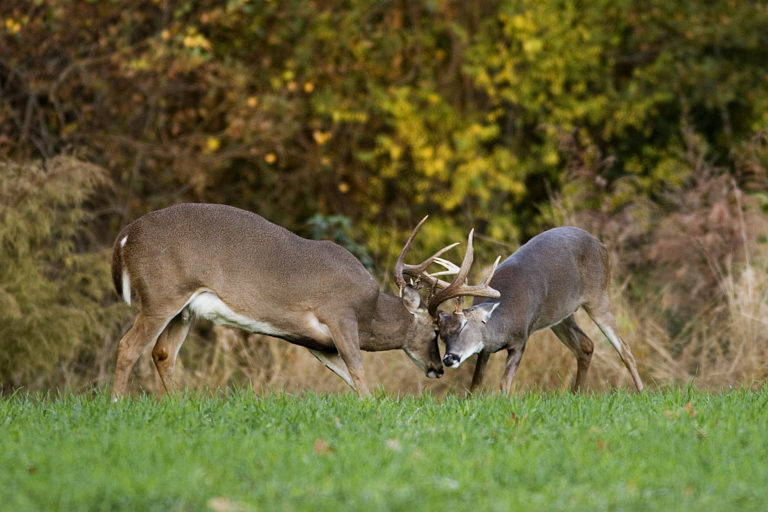 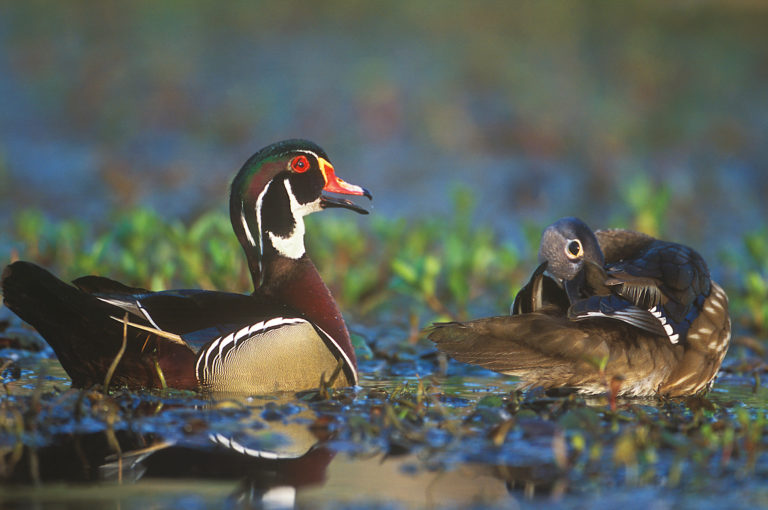 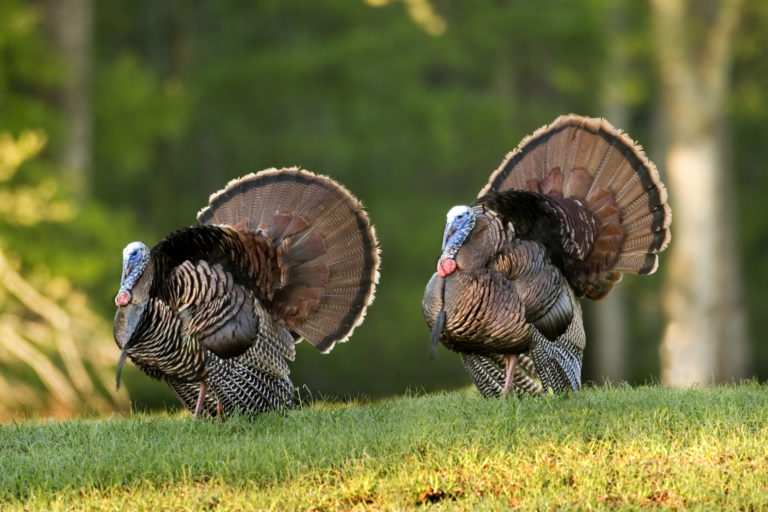 Imagine having access to more than 665,000 acres—that’s equal to more than 1,000 square miles—to hunt for abundant DEER, DUCKS, WILD TURKEYS and other game. That’s what you’ll ﬁnd in Mississippi, where 53 WILDLIFE MANAGEMENT AREAS stretch from the coastal marshes to the foothills of the Appalachian Mountains.

Mississippi is home to nearly 2 million WHITE-TAILED DEER—a denser population than in any other state—and continues to rank No. 1 in the nation for the percentage of harvested bucks at least 3 1/2 years old. And with one of the nation’s longest hunting seasons—from the beginning of October to mid-February depending on location—there’s plenty of time to test your skill.

Waterfowl hunters can delight in the fact that Mississippi also ranks among the nation’s top ﬁve states for DUCK harvests. Don’t forget about our abundant smaller game, including DOVE, RABBIT and SQUIRREL. 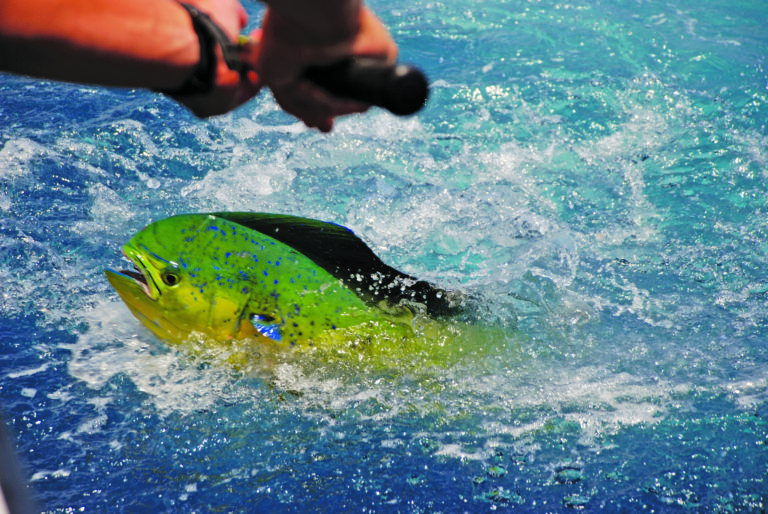 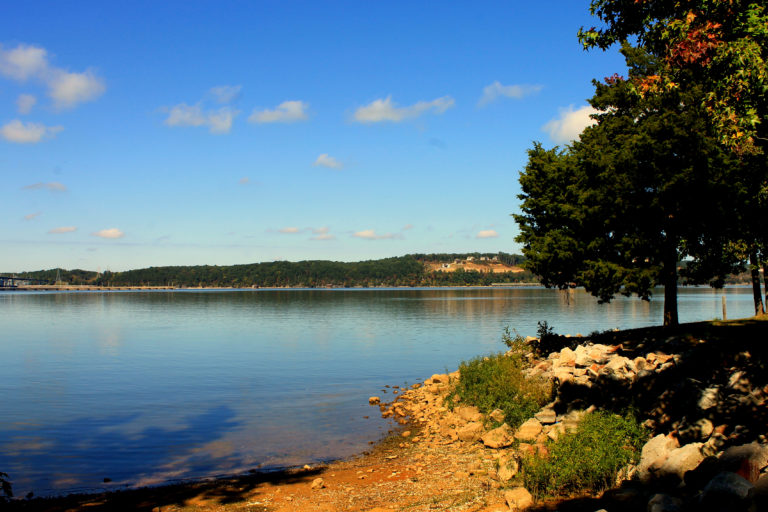 With fantastic ﬁshing opportunities stretched out over 33,000 acres, the ROSS BARNETT RESERVOIR in Ridgeland has hosted multiple Bassmaster tournaments, including the 2018 Bassmaster Open Series Tournament. EAGLE LAKE, just north of Vicksburg, is best known for its bass ﬁshing.

Head to the Hills, where the highly regarded CRAPPIE are plentiful. GRENADA LAKE, northeast of Grenada, is consistently ranked the nation’s best trophy crappie ﬁshing lake. SARDIS LAKE, ARKABUTLA LAKE and ENID LAKE also make the country’s top 20 for catching crappie. PICKWICK LAKE, which is located in the far northeast corner of the state, is considered the country’s best SMALLMOUTH BASS ﬁshing spot.

LAKE WASHINGTON, a closed-oﬀ oxbow just south of Greenville, is considered the nation’s second best spot for crappie ﬁshing, and there are plenty of bass, catﬁsh and bream as well.

Get out on the Gulf; you’ll ﬁnd more than 200 saltwater species including ﬂounder, redﬁsh, speckled trout and king mackerel. Deep-sea charters are readily available and staﬀed by ﬁshing experts who know where to reel in the big ones.

Feeling competitive? Fishing tournaments on the coast include the MISSISSIPPI DEEP SEA FISHING RODEO, which has been happening every summer for 72 years, and the MISSISSIPPI GULF COAST BILLFISH CLASSIC, where teams compete for millions of dollars in prize money. 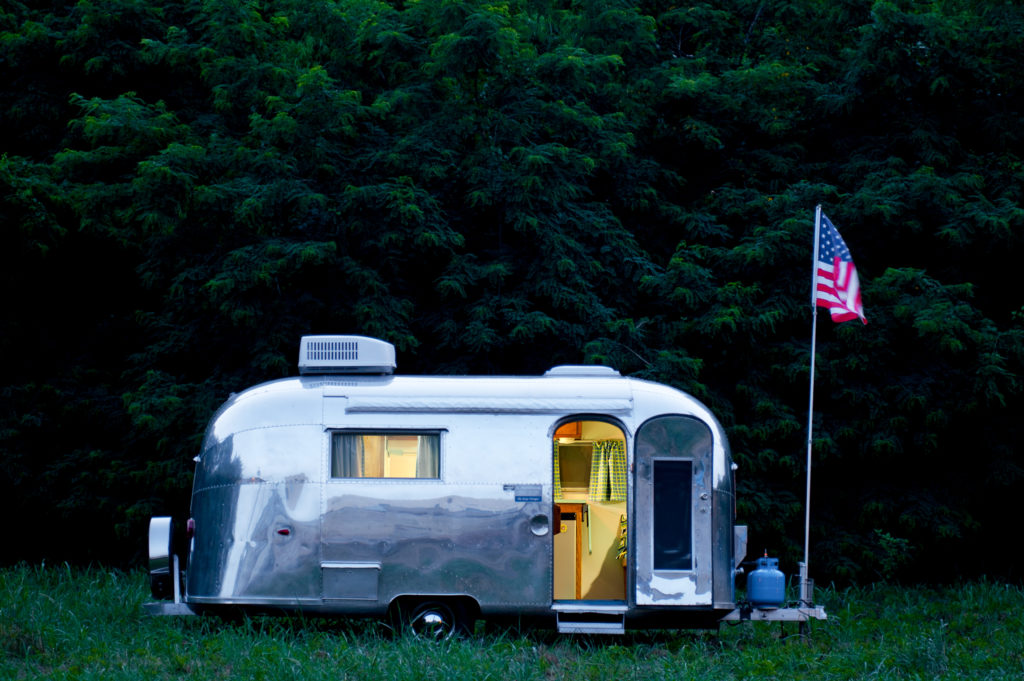 From pine-shaded hills to lakefront hideaways, enjoying the great outdoors is easy in Mississippi. The Mississippi Department of Wildlife, Fisheries and Parks manages 24 STATE PARKS with secluded spots for RV or tent camping, while SIX NATIONAL FORESTS oﬀer pristine camp- grounds of their own. These public camping areas are brimming with opportunities for outdoor activities from ﬁshing and hiking to kayaking and viewing wildlife. Find a detailed guide to campgrounds and RV parks here. 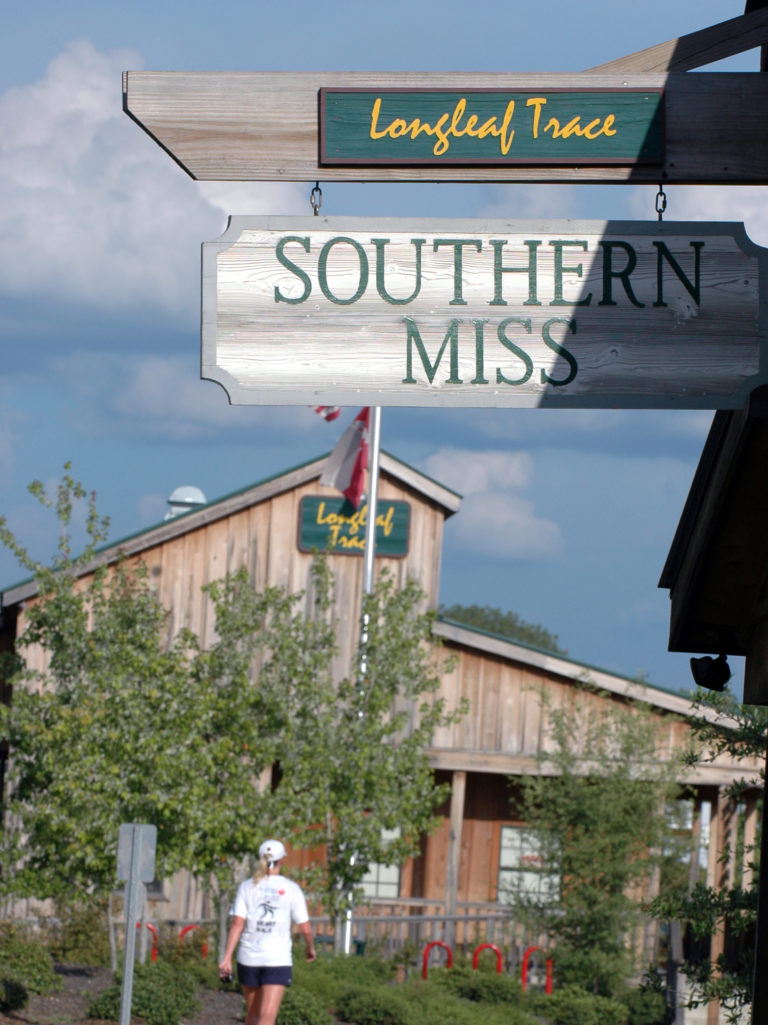 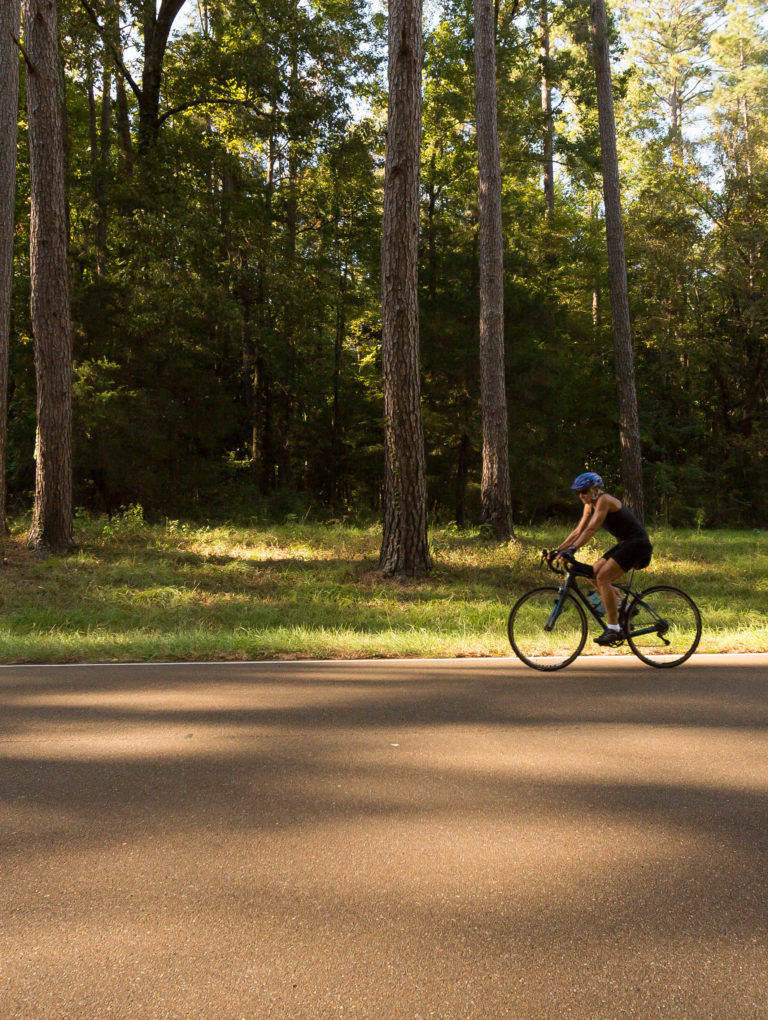 Cyclists from around the world travel here to pedal the 444-mile NATCHEZ TRACE PARKWAY, a dream destination thanks to its absence of stoplights and commercial traﬃc and abundance of natural scenery. Net- works of trails throughout the state—from gently winding paths to black-diamond routes—make Mississippi a mountain BIKING and HIKING mecca.

The MISSISSIPPI COASTAL HERITAGE TRAIL follows the coastline with a 101-mile line of shared and dedicated bike paths from Bay St. Louis to Moss Point. While in Pascagoula, combine riding with sightseeing on the PASCAGOULA HISTORIC BIKE TRAIL, which takes you past points of interest including the state’s oldest building and Jimmy Buﬀett’s childhood home. An abandoned railroad line is now the beautiful LONGLEAF TRACE, a 41-mile trail for hiking, biking and horseback riding between Hattiesburg and Prentiss.

The 43.6-mile TANGLEFOOT TRAIL follows a converted railroad bed from New Albany to Houston, with views of hardwood forests, creeks and farms along the way. For a more musical meandering, take ELVIS’ TUPELO SELF-GUIDED BICYCLE TOUR, which journeys past key areas in the King’s hometown of Tupelo.

Ridgeland oﬀers riders two nationally recognized competitions: the NATCHEZ TRACE CENTURY RIDE is the state’s largest spring cycling event and oﬀers distances from 25 to 100 miles with mild to moderate elevation, while the OBO TANDEM RALLY, One Behind the Other, welcomes teams of two riders for a weekend full of racing and social events. 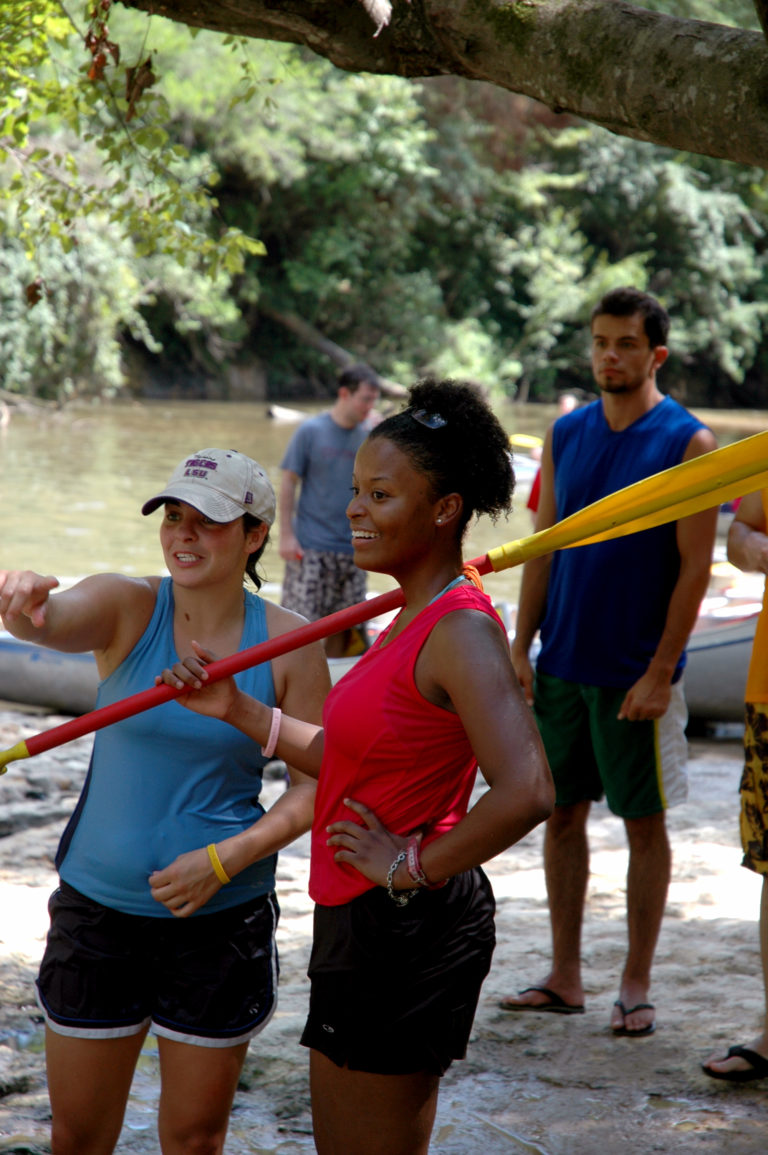 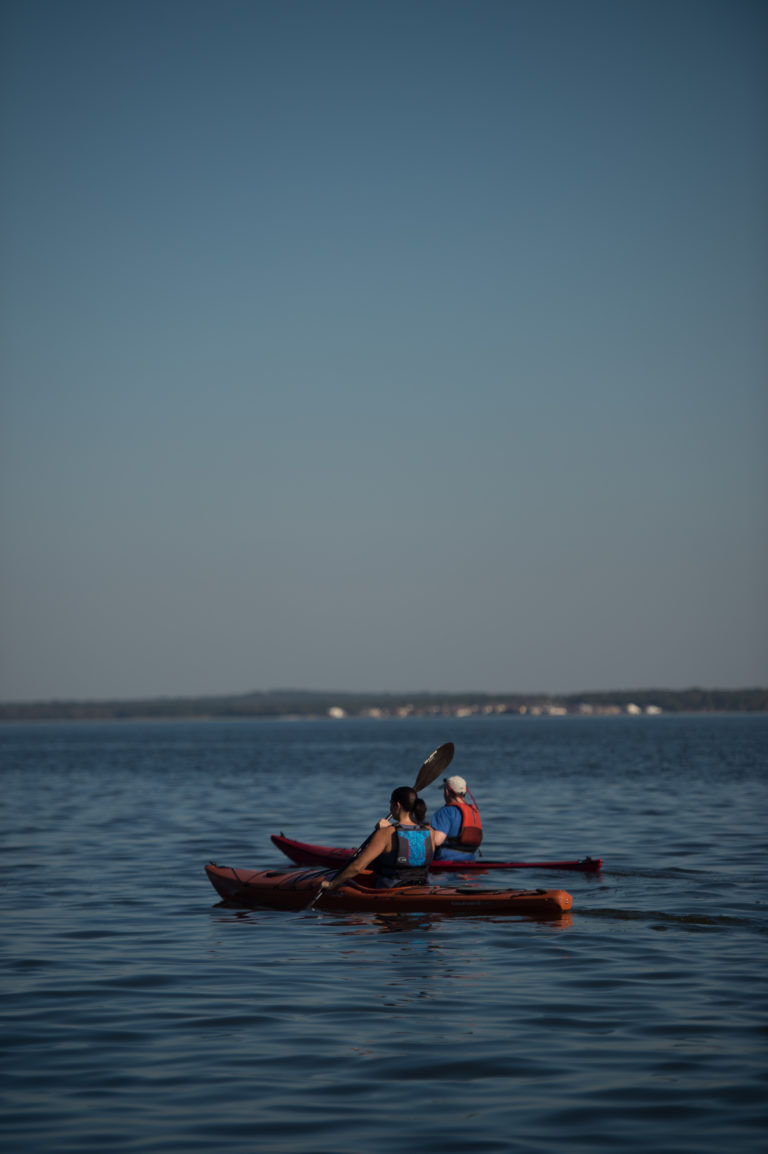 For one of the state’s most unforgettable ﬂoat trips, put your paddles in at BEAR CREEK at Tishomingo State Park and follow the stream for 6.25 miles past sandstone bluﬀs and over Class I rapids. Everything you need for the trip, including transportation back to the starting area, is provided.

DeSoto National Forest south of Hattiesburg is where you’ll ﬁnd BLACK CREEK, a scenic clear-water stream in a shady area teeming with wildlife. Rent gear from Black Creek Canoe Rental, ﬁsh for bass and bream, or spend a night camping on a sandbar. Multiple outﬁtters provide the essentials for a trip down OKATOMA CREEK near Seminary. Waterfalls, bluﬀs and magnolia canopies make this a popular location for canoeing and kayaking.

Choose a canoe or a tube to travel down the BOGUE CHITTO RIVER and the adjacent MAGEE’S CREEK near Tylertown. Head to the D’LO WATER PARK in D’Lo for a ﬂoat trip down the STRONG RIVER, or explore the ROSS BARNETT RESERVOIR with trips guided by Pearl River Kayaks in Brandon or boats from Main Harbor Marine Rentals in Ridgeland. 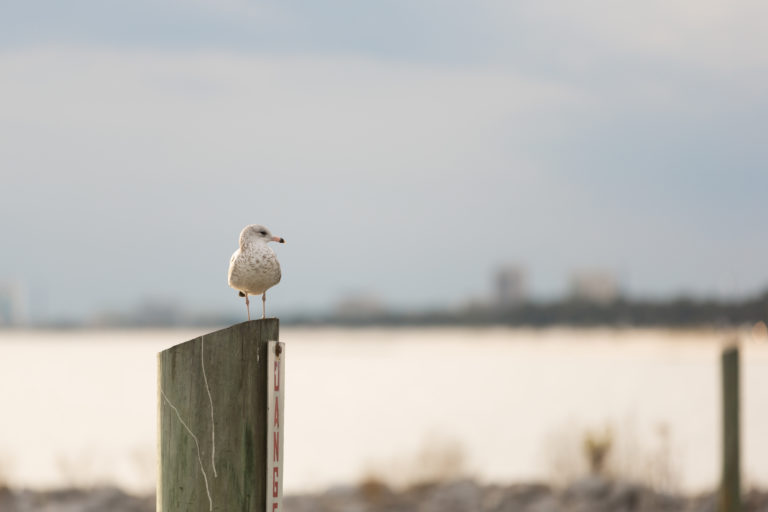 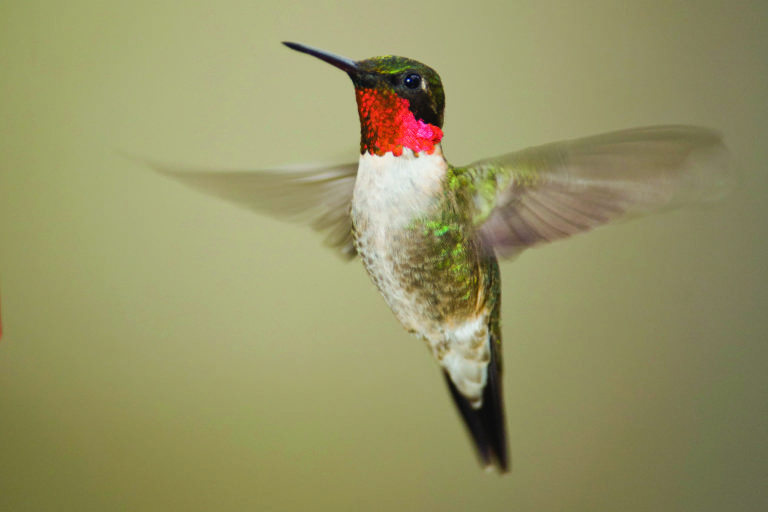 Tourists aren’t the only ones ﬂying into Mississippi; more than 400 species of birds have been spotted within our borders. Some are permanent residents, while others are passing through on the MISSISSIPPI FLYWAY, a migratory route from Canada to the Gulf of Mexico and farther south. BIRDING is booming here, and it’s easy to join the feathered fun. The Mississippi Ornithological Society oﬀers tips and a complete checklist of species at missbird.org.

The National Audubon Society’s PASCAGOULA RIVER AUDUBON CENTER in Moss Point welcomes visitors to learn more about the 70,000 acres of adjacent land that is preserved to protect birds and wildlife. Get even closer to nature near the coast by following Audubon’s MISSISSIPPI COASTAL BIRDING TRAIL or taking an interpretive paddle trip with Eco Tours of South Mississippi.

Hummingbirds are at the heart of the ecological stewardship mission of the STRAWBERRY PLAINS AUDUBON CENTER in Holly Springs. Each fall, the center hosts a HUMMINGBIRD MIGRATION CELEBRATION AND NATURE FESTIVAL featuring hands-on experiences for bird lovers.