Nothing puts the “great” in “the great outdoors” like an action-packed Magnolia State getaway.

In Mississippi, while Mother Nature undoubtedly captivates visitors with her miles of countryside charm and natural aesthetics, it’s the endless opportunities for fun in the sun that keep them coming back for more. 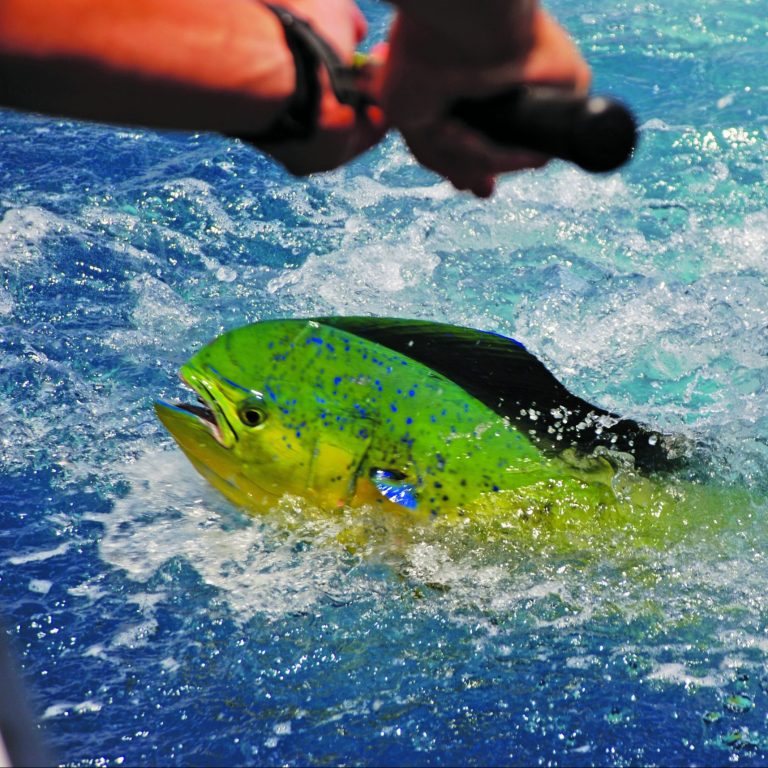 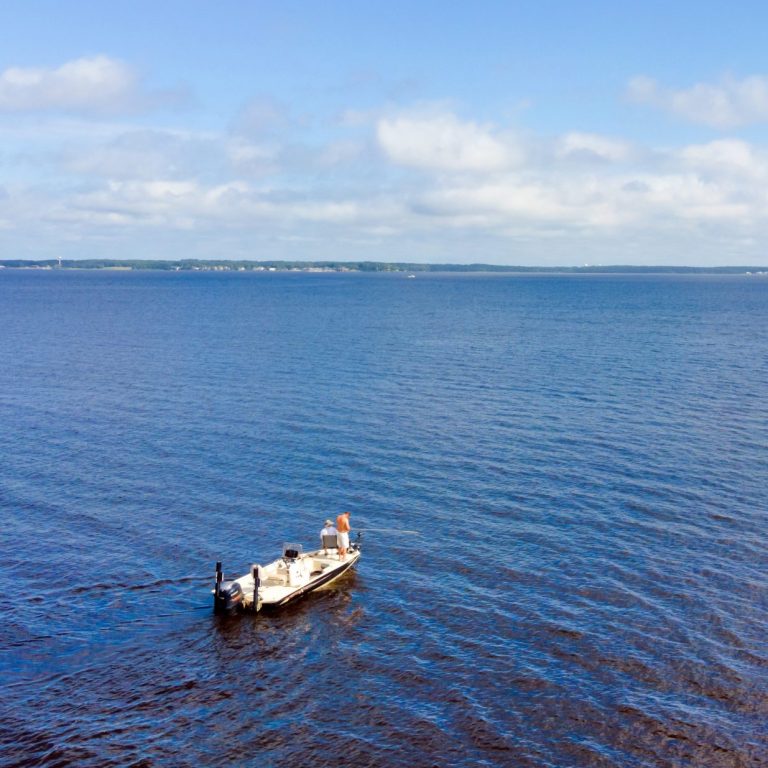 Unbeknownst to many, Grenada Lake, located in the small town of Grenada, is consistently ranked the nation’s best trophy crappie fishing lake. Sardis Lake, Arkabutla Lake and Enid Lake are also on the country’s top 20 list for catching crappie. For high-quality fishing with a different kind of bite, travel to the far northeast corner of Mississippi to Pickwick Lake for what is widely considered the country’s best smallmouth bass fishing.

South of Greenville is Lake Washington, a closed-off oxbow, where the crappie are famously bountiful, but the lake is also brimming with bass, catfish and bream.

The Barnett Reservoir in Ridgeland is home to more than 33,000 acres of freshwater fishing, particularly for large-mouth, striped and spotted bass, crappie, bream and catfish. Eagle Lake, just north of Vicksburg, is another popular spot for fishing and is home to several species of bass and crappie.

In the Gulf of Mexico, there are more than 200 salt-water species, including flounder, redfish, speckled trout and king mackerel, and whether reeling them in from the end of a pier or the bow of a boat, sportsmen are sure to relish the Coast’s abundant fishing opportunities. Numerous deep-sea fishing charters are available and staffed by local experts who specialize in offshore angling. For the competitive fishermen, there are several fishing tournaments on the coast, namely the Mississippi Deep Sea Fishing Rodeo, a 74-year-old summer tradition, and the Mississippi Gulf Coast Billfish Classic, where teams compete for millions of dollars in prize money. 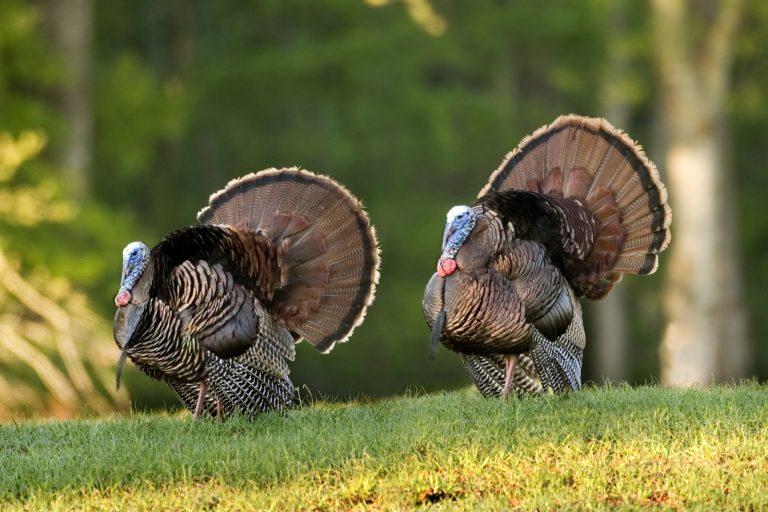 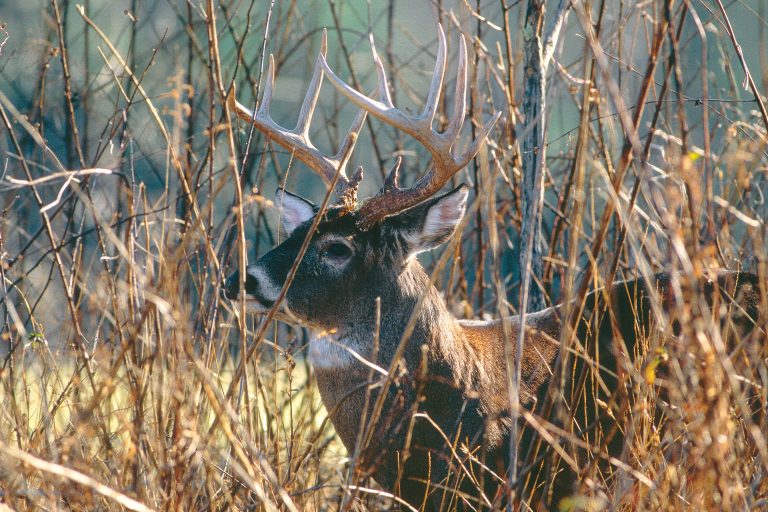 Stretching across more than 665,000 acres—from the dense coastal marshes to the rolling Appalachian foothills—are Mississippi’s 52 Wildlife Management Areas. These expansive and diverse areas encompass over 1,000 miles and are open to hunting deer, ducks, wild turkeys and other game.

A favorite Mississippi pastime is deer hunting, and if it’s a trophy buck you’re after, you’ve come to the right place. Mississippi is home to nearly two million white-tailed deer—a denser population than in any other state—and continues to rank No. 1 in the nation for the percentage of harvested bucks that are at least 3.5 years old. In fact, Mississippi hunters average almost two deer each. And with one of the nation’s longest hunting seasons—from as early as the beginning of October to mid-February depending on location—Mississippi deer hunting can’t be beat. 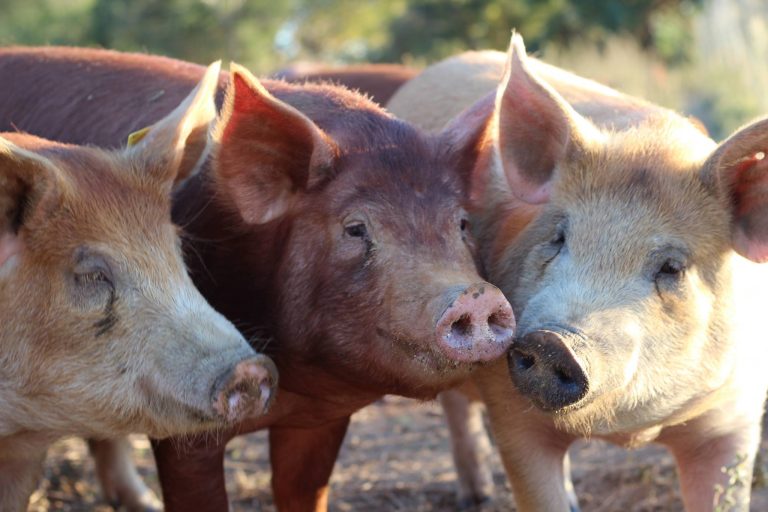 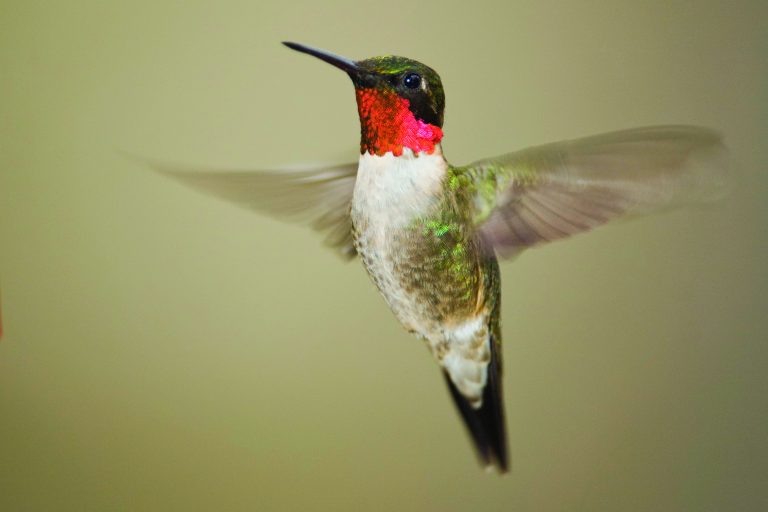 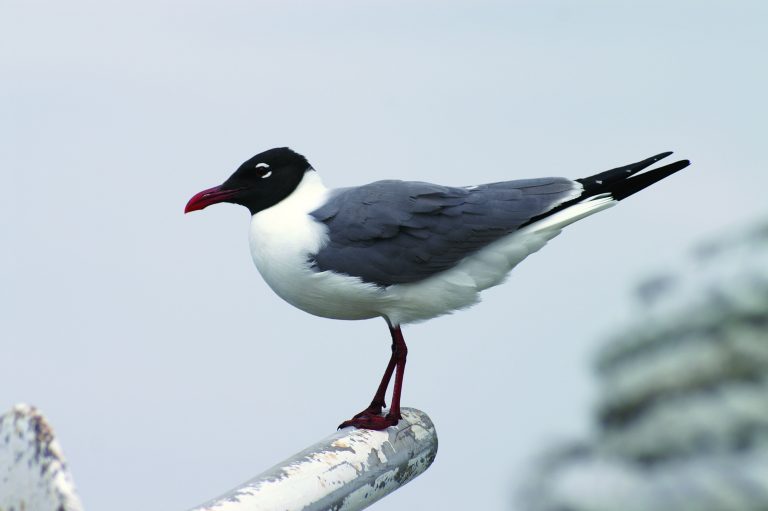 Another one-of-a-kind experience is a tour of a sustainable, working farm at Home Place Pastures in Como. Visitors can purchase meat raised on the farm at homeplacepastures.com, which has been touted by Food & Wine magazine as Mississippi’s best mail-order food gift.

The National Audubon Society’s Pascagoula River Audubon Center in Moss Point is known as the “gateway to free-flowing nature” for good reason—the educational center invites visitors to learn more about the 70,000 adjacent acres of nature and bayou habitats. For a closer look at some of the state’s most sought bird species, like the tricolored heron and reddish egret, Audubon’s Mississippi Coastal Birding Trail consists of more than 40 prime birding locations. Eco Tours of South Mississippi offers interpretive paddle trips that are a great introduction to the plant and animal species found in the Pascagoula River’s cypress swamps and salt marshes.

Near Hattiesburg, Mitchell Farms in Collins offers fun on the farm, and visitors travel far and wide to meander through the corn maze and pick a pumpkin from the enormous patch. 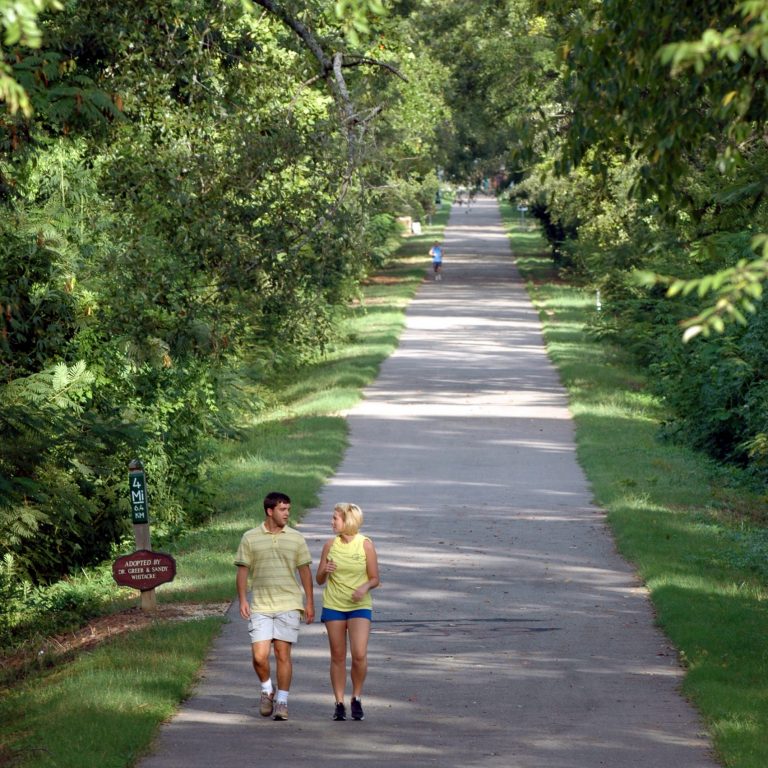 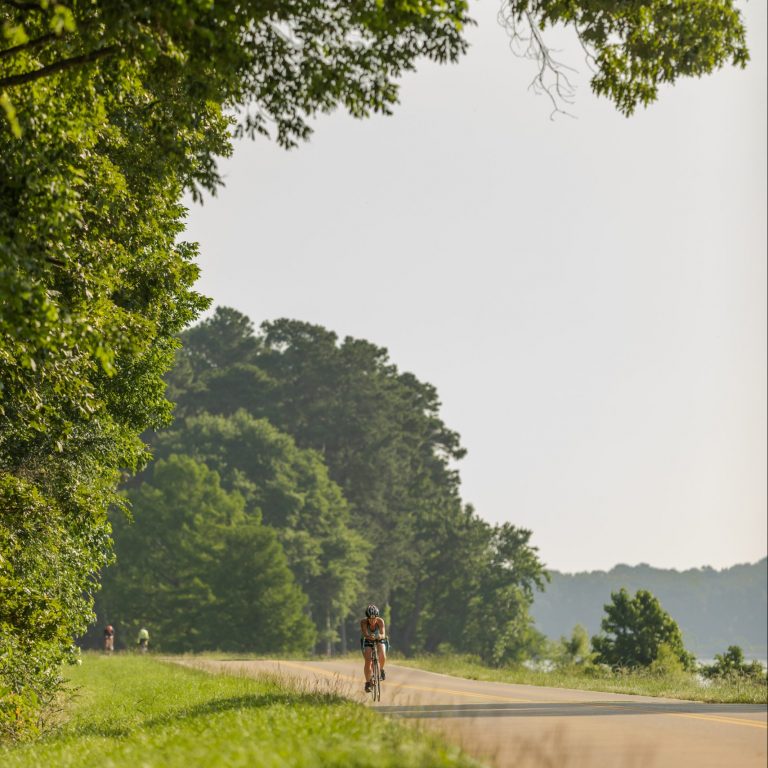 Both professional and amateur cyclists from around the globe agree that the 444-mile Natchez Trace Parkway offers the perfect mix of fun and challenge, and with its absence of stoplights and commercial traffic and abundance of natural scenery, the parkway is a cyclist’s dream.

Follow the picturesque coastline along the Mississippi Coastal Heritage Trail, 101 miles of shared and dedicated bike paths stretching from Bay St. Louis to Pascagoula. While in Pascagoula, combine bike riding with sightseeing on the Pascagoula Historic Bike Trail, which ambles past points of interest like the LaPointe-Krebs House, Pascagoula’s oldest building, and musician Jimmy Buffett’s childhood home.

In Hattiesburg, the Longleaf Trace, a once-abandoned railroad line, has now been converted into a beautiful 41-mile trail designed for hiking, biking and horseback riding between Hattiesburg and Prentiss.

With scenic views of hardwood forests, creeks and farms along the way, the 43.6-mile Tanglefoot Trail follows a converted railway from New Albany to Houston, Miss. Take Elvis’s Tupelo Self-Guided Bicycle Tour for a musical journey through the King’s hometown.

After a day spent hiking, fishing, kayaking, biking, bird-watching—or all of the above—why not extend your stay at one of Mississippi’s 25 state parks? Off the beaten path with secluded spots for RV or tent camping, these Mississippi Department of Wildlife, Fisheries and Parks-managed state parks are overflowing with opportunities for relaxing by the open fire while stargazing and breathing in the fresh air. Mississippi is also home to seven National Forests, which offer pristine campgrounds. Find a detailed guide to campgrounds and RV parks here. 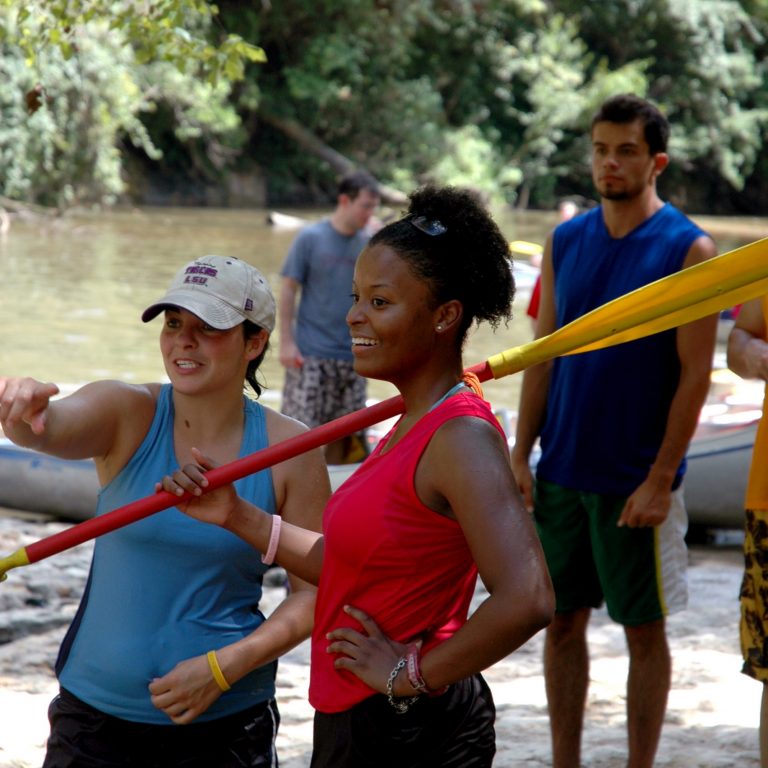 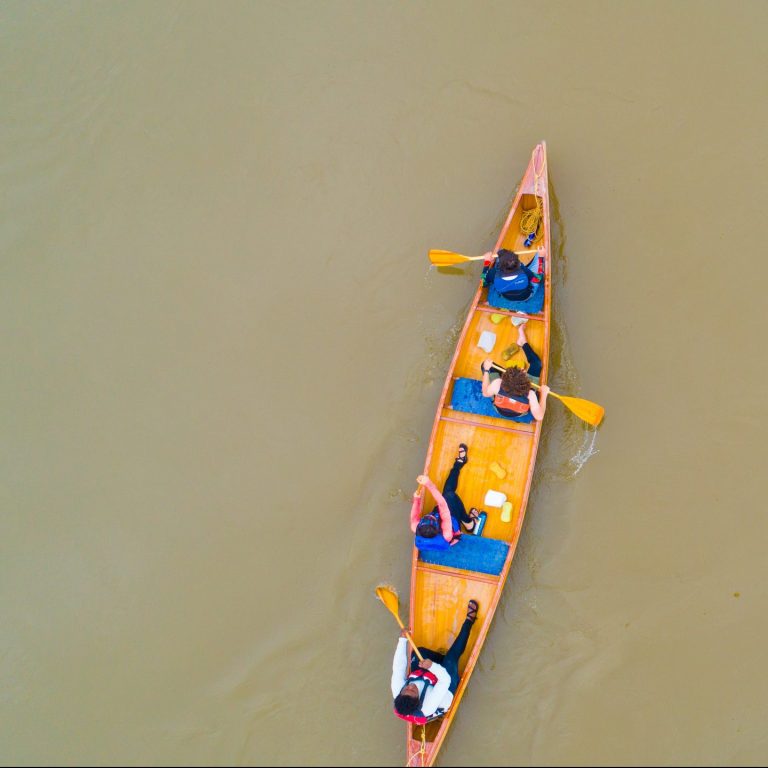 For a once-in-a-lifetime, customized Mississippi River excursion led by an expert guide, be sure to check out Quapaw Canoe Company in Clarksdale, where you can paddle your way through the Lower Mississippi’s “watery wilderness” before spending the evening enjoying unforgettable blues tunes.

Class I rapids in Mississippi? At Bear Creek in Tishomingo State Park, after traversing the stream for 6.25 miles past sandstone bluffs, that’s the adventure awaiting you. For added convenience, the park provides everything you need for the trip, including transportation back to the starting area.

Near the small town of Seminary, multiple outfitters stand ready to provide adventurers with the essentials for a memorable trip down Okatoma Creek. With its beautiful waterfalls, bluffs and magnolia canopies, this is a location especially popular for canoeing and kayaking. South of Hattiesburg, DeSoto National Forest is where you’ll find Black Creek, a photo-worthy, clear-water stream surrounded by vibrant flora and fauna. Be sure to rent gear from Black Creek Canoe Rental before fishing for bass and bream, or even spending a night camping on a sandbar.

The best way to explore the Barnett Reservoir is by boat. A guided kayak tour, led by Pearl River Kayaks in Brandon, and boat rentals from Main Harbor Marine Rentals in Ridgeland are great ways to experience every-thing the Reservoir has to offer. In Tylertown, choose a canoe or tube to travel down the Bogue Chitto River and nearby Magee’s Creek, and for an unforgettable float trip down the Strong River, head to the D’Lo Water Park in D’Lo.