Find your own rhythm in Mississippi

The highway signs say it all: Welcome to Mississippi, Birthplace of America’s Music. This country’s first original musical genre, the blues, was originally played right here in the Mississippi Delta. From there, the tuneful tale has continued to be told. Our roster of world-famous performers includes icons like B.B. KING and the KING OF ROCK ‘N’ ROLL, JIMMIE RODGERS and JIMMY BUFFETT. What has inspired so many country, gospel, rock, jazz, opera and pop artists to rise up from our ranks? Join the millions of visitors who have traveled here from around the world to find out, and let the strains of our American anthem become the soundtrack for a journey you’ll never forget. 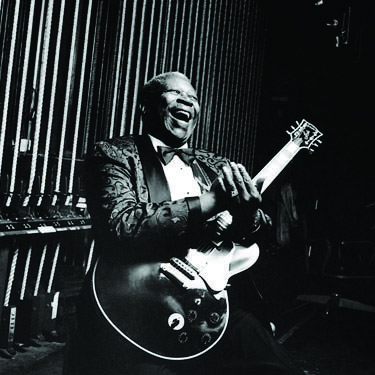 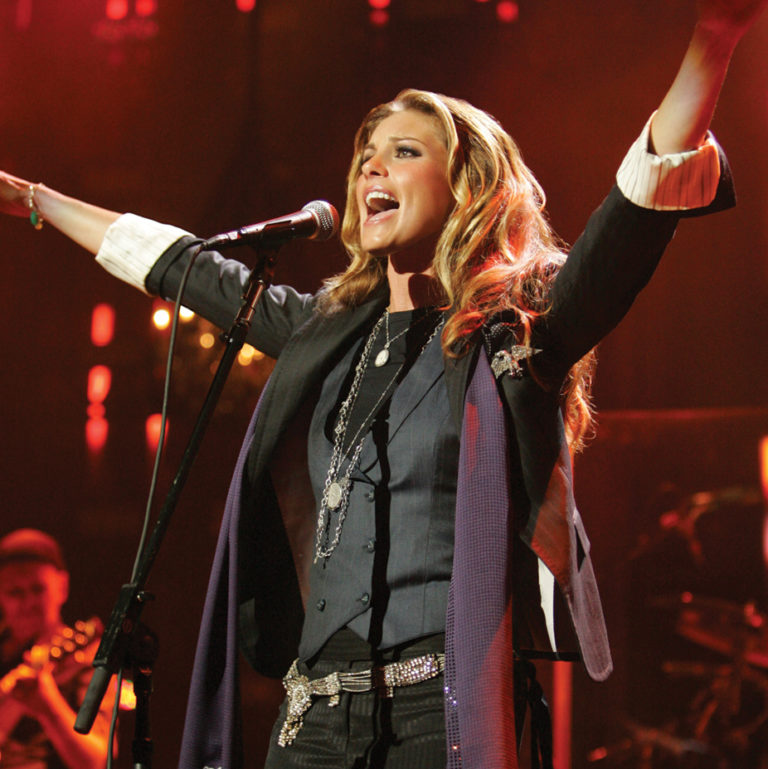 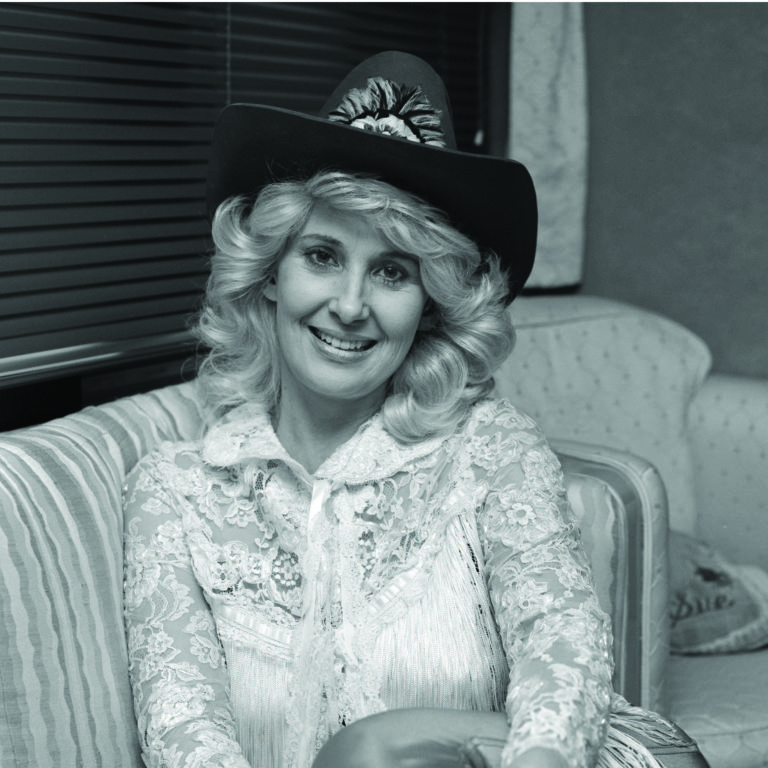 LEONTYNE PRICE, the first African American to become a prima donna at the Metropolitan Opera, was born and raised in Laurel, where she sang in her church choir.

Before he was making fans swoon with “Love Me Tender” and “Don’t Be Cruel,” Elvis Presley spent his youngest years in Tupelo, where the two-room home in which he was born is now the ELVIS PRESLEY BIRTHPLACE and Museum.

“First Lady of Country Music” TAMMY WYNETTE was born near Tremont and was an all-star high school basketball player and then a hair- dresser before achieving music stardom. Guitar and piano prodigy MAC MCANALLY grew up in Belmont and has written songs for Jimmy Buffett, Hank Williams Jr. and many other stars, while also collecting multiple Country Music Association Musician of the Year prizes.

The appropriately named community of Star is the hometown of FAITH HILL, who now ranks as one of the most successful country music artists of all time. “Misty Blue” singer DOROTHY MOORE was born and still resides in Jackson despite a worldwide touring schedule for her blues, gospel and R&B hits. Also living in Jackson is Grammy-winning blues musician BOBBY RUSH, who was inducted into the Blues Hall of Fame in 2006.

Born on a cotton plantation in Itta Bena, blues musician B.B. KING eventually earned 15 Grammy awards, a spot in both the Blues Hall of Fame and the Rock & Roll Hall of Fame, the Presidential Medal of Freedom, and the royal title “King of the Blues.” The B.B. KING MUSEUM AND DELTA INTERPRETIVE CENTER in Indianola now welcomes visitors to immerse themselves in his melodies, and the B.B. KING HOMECOMING music festival happens in Indianola each summer.

MUDDY WATERS, considered the “Father of Modern Chicago Blues,” was born in Rolling Fork and spent his early years living in a cabin on nearby Stovall Plantation. Country music balladeer CONWAY TWITTY was born in Friar’s Point and was playing guitar by the age of four. Just south in Greenville, HANK COCHRAN grew up in Greenville before becoming a prolific country music songwriter and singer.

One of the most influential Chicago blues musicians of all time, HOWLIN’ WOLF, hailed from West Point, where colorful downtown murals now memorialize him. Award-winning country singer-songwriter MARTY STUART got his start in the Pines-region town of Philadelphia. Country music chart-topper RANDY HOUSER was born in Lake and taught himself to play guitar.

Grenada was the childhood stomping grounds of CHARLIE WORSHAM, who played at the Grand Ole Opry at age 12 and has gone on to tour with Taylor Swift and Kenny Rogers and has released two solo albums. 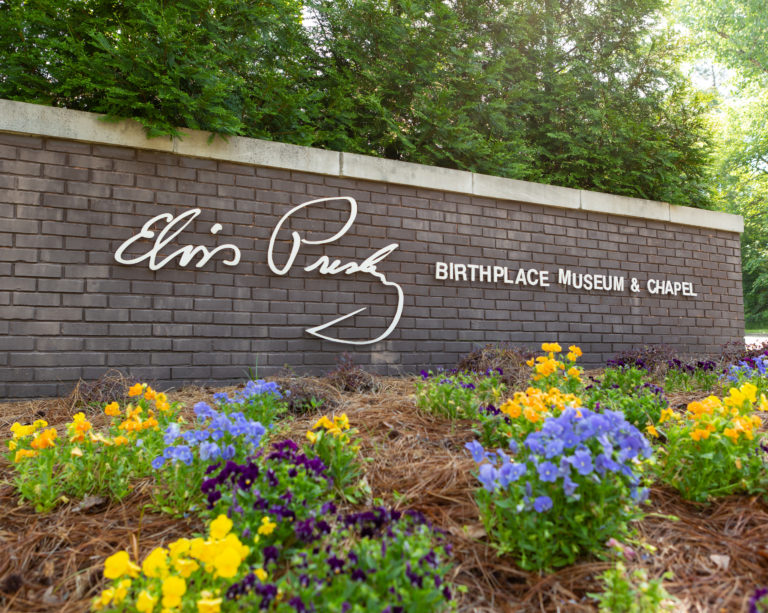 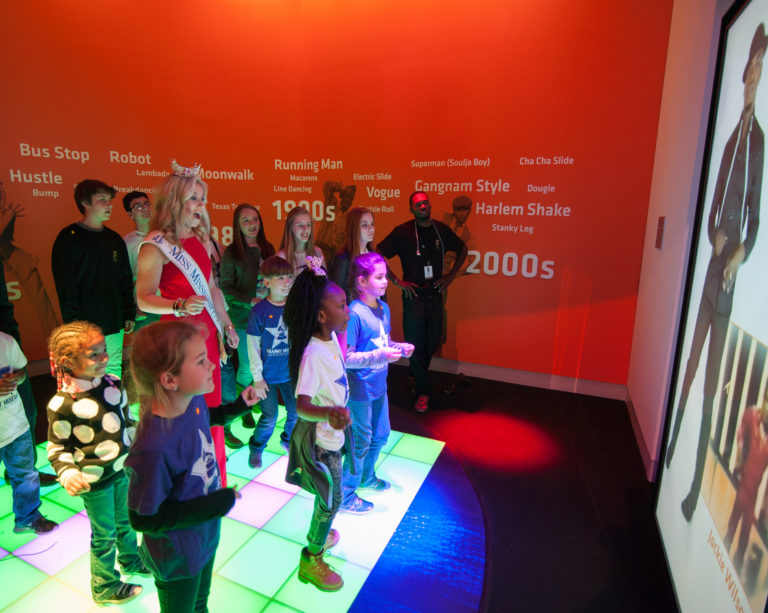 The state’s musical and creative legacy is on 360-degree display at Meridian’s state-of-the-art MISSISSIPPI ARTS + ENTERTAINMENT EXPERIENCE, or “The MAX.” The “Father of Country Music” is the man of honor at the JIMMIE RODGERS MUSEUM, also in Meridian.

See Muddy Waters’ former cabin and a host of other harmonious artifacts at the DELTA BLUES MUSEUM in Clarksdale. Learn more about a local legend through interactive exhibits at the B.B. KING MUSEUM AND DELTA INTERPRETIVE CENTER in Indianola. An 1895 -built Tunica train depot is now the GATEWAY TO THE BLUES MUSEUM, with instruments played by famous artists along with a “studio” where you can record your own blues song. Marvel at the musical wonders at the GRAMMY MUSEUM MISSISSIPPI in Cleveland, the only Grammy Museum outside of Los Angeles.

The ELVIS PRESLEY BIRTHPLACE AND MUSEUM in Tupelo tracks the legend’s life from his earliest days through adolescence in exhibits including the home in which he was born, his childhood church, an interactive museum, a theater and amphitheater, and more.

Visit the spot where more than 200 music lovers perished in a fire during a 1940 concert at the RHYTHM NIGHT CLUB MEMORIAL MUSEUM in Natchez. Wax likenesses of famous Mississippi musicians, along with an extensive collection of memorabilia, fill the MISSISSIPPI MUSIC EXPERIENCE museum at the Iron Horse Grill in Jackson. 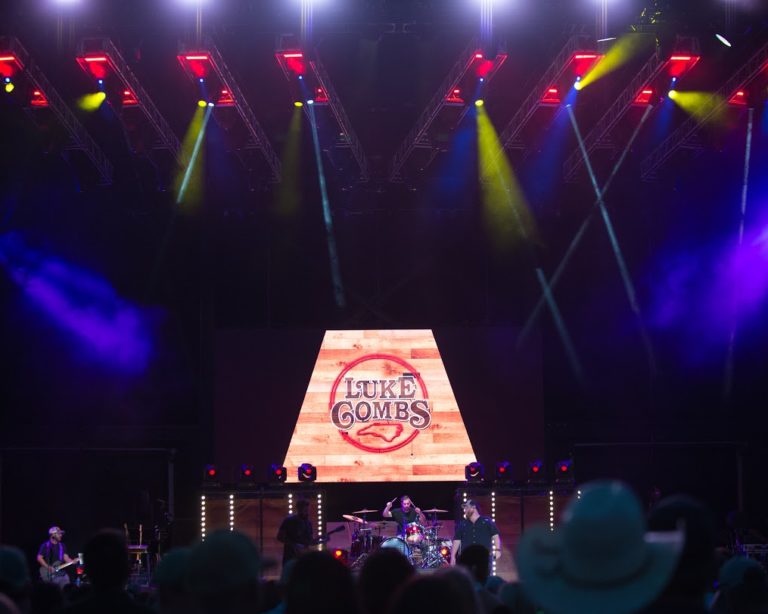 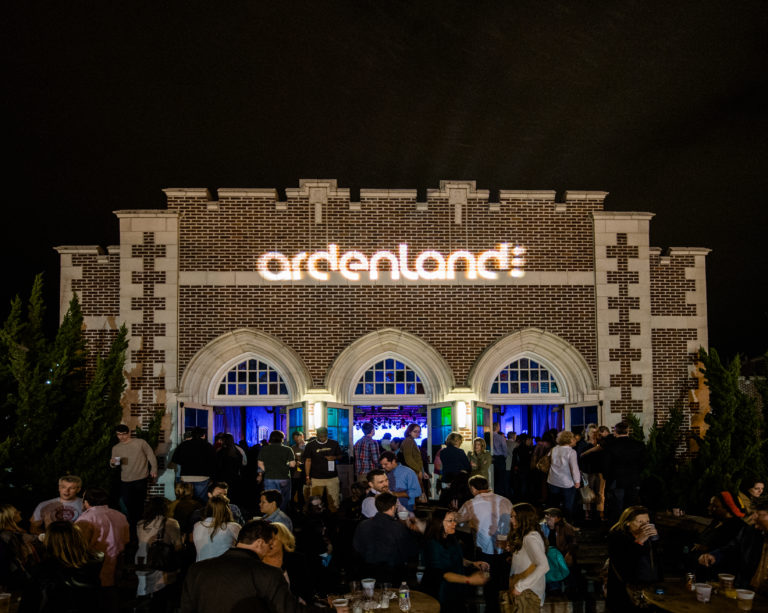 Impromptu blues performances paired perfectly with moonshine whiskey at the BLUE FRONT CAFÉ when it opened in Bentonia in 1948; bluesman Jimmy “Duck” Holmes, son of the original owners, still welcomes locals and visitors to what is the state’s oldest surviving juke joint. At HEY JOE’S in Cleveland, craft beer is the beverage of choice to accompany original live music and raved-about burgers.

The art deco style of Hattiesburg’s SAENGER THEATER, built as a movie palace in 1929, provides an awe-inspiring backdrop for hot touring artists. Take advantage of comfortable spring and fall weather and check out the free LIVE @ FIVE concert series each Friday in Hattiesburg’s Town Square Park. The Gulf Coast’s glittering lineup of casinos offers a nonstop calendar of live music and entertainment year round.

Enjoy top touring acts with 2,000 of your closest friends at downtown Jackson’s THALIA MARA HALL. Catch a concert under the stars at the BRANDON AMPHITHEATER in Brandon, a new venue that draws big-name artists from all genres. Enjoy a neon-lit night at HAL AND MAL’S, a live music institution in downtown Jackson. Constructed as an elementary school in 1928, Jackson’s DULING HALL now hosts concerts by local favorites and traveling talent.

Artists ranging from Elton John to Jason Aldean have stood in the spotlight at the BANCORPSOUTH ARENA in Tupelo.

The casinos that make up PEARL RIVER RESORT in Choctaw draw a variety of musical acts to their stages. 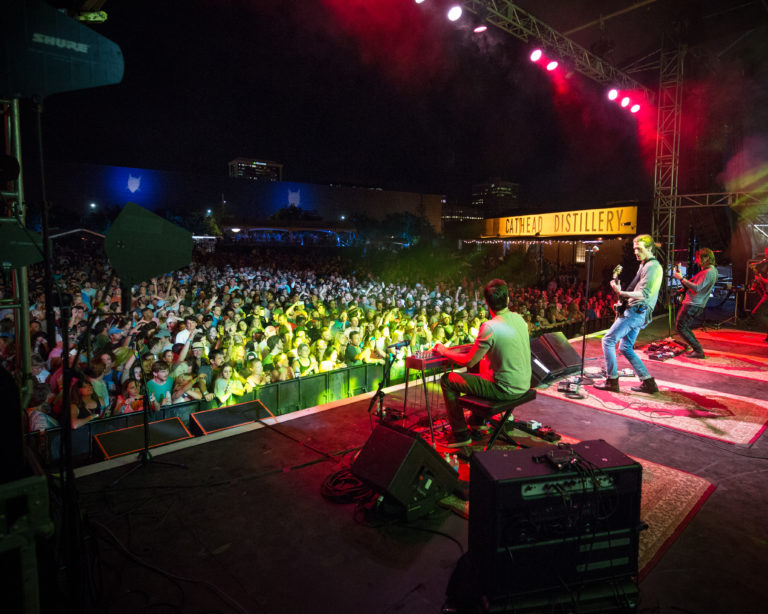 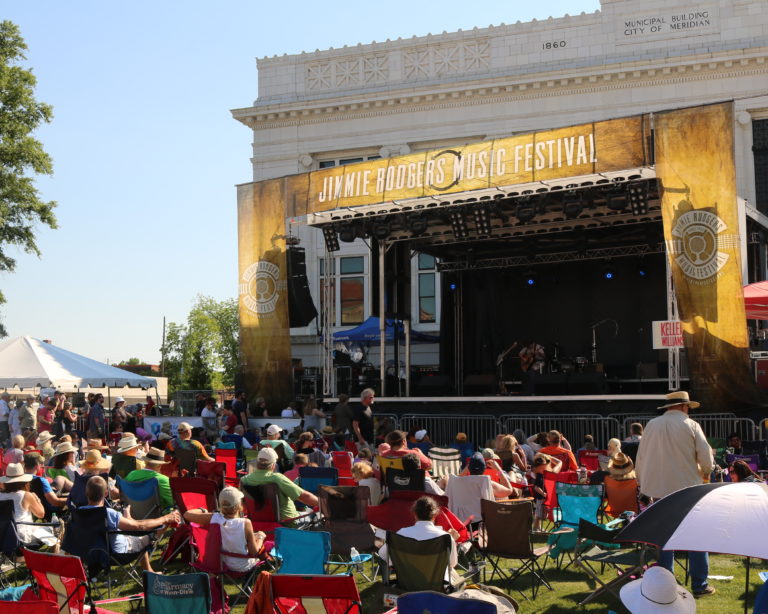 Yodel along during THE JIMMIE RODGERS MUSIC FESTIVAL in Meridian each spring. Summer draws thousands to the NESHOBA COUNTY FAIR in Philadelphia, an event known as “Mississippi’s Giant Houseparty” that hosts top country music performers.

Clarksdale’s springtime JUKE JOINT FESTIVAL bills itself as “half blues festival, half small- town fair and all about the Delta.”

Fans of the King still scream as impersonators and other musical acts entertain at the two- decades-strong TUPELO ELVIS FESTIVAL each summer. The small community of Waterford swells each summer for the NORTH MISSISSIPPI HILL COUNTRY PICNIC, which aims to enhance appreciation of this region’s unique brand of blues music. 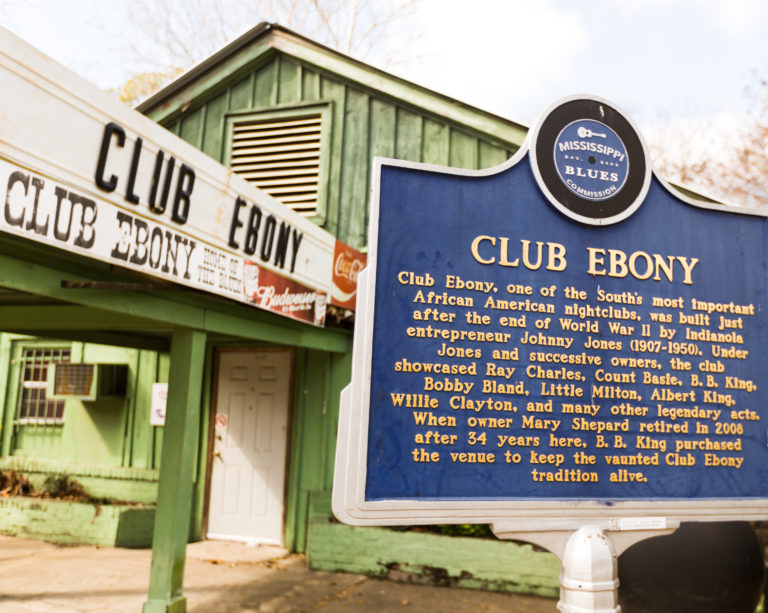 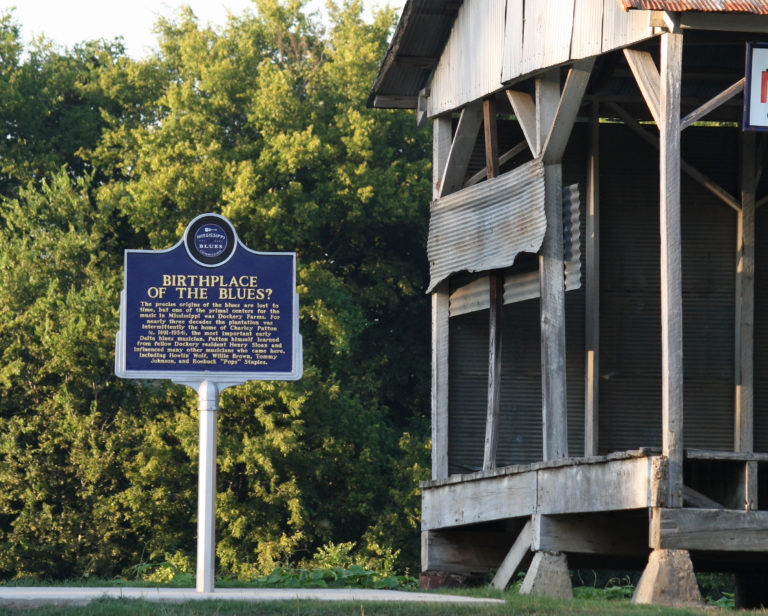 Hit the highways and the byways to find Mississippi’s many music-themed hotspots. Track them all by following the MISSISSIPPI BLUES TRAIL and the MISSISSIPPI COUNTRY MUSIC TRAIL. Here are a few more unique diversions not so far off the beaten path:

Guitar sculptures mark the spot where legend says blues great Robert Johnson sold his soul to the devil at THE CROSSROADS of Highways 61 and 49 in Clarksdale. Some say the blues genre was invented at DOCKERY FARMS in Cleveland around the turn of the 20th century. 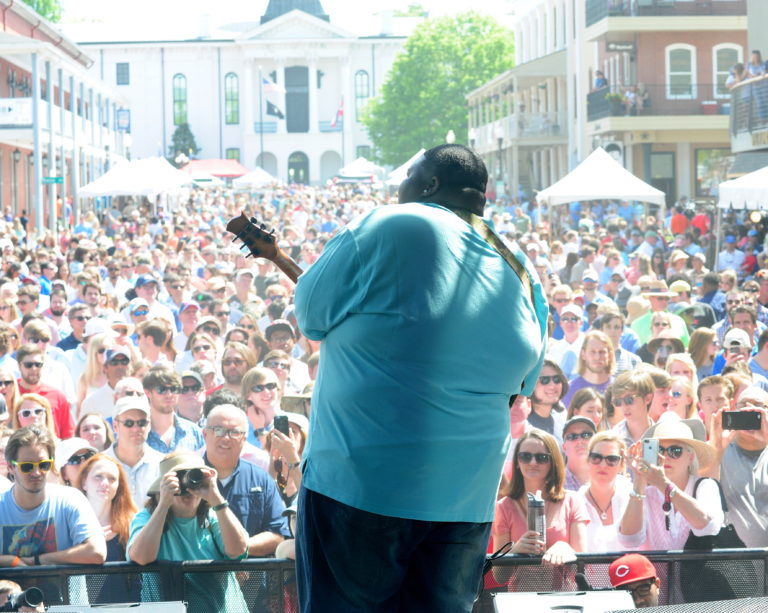 Inspired by the double-decker bus that has become an Oxford symbol, the DOUBLE DECKER ARTS FESTIVAL draws crowds to the courthouse square each spring for live music and hundreds of art and food vendors.

For more than a decade, FESTIVALSOUTH has presented a long lineup of free and ticketed concerts in Hattiesburg over a two-week summer run. Spice up spring at the CRAWFISH MUSIC FESTIVAL, an event that combines boiled crawfish with headlining musical acts and midway rides at the Mississippi Coast Coliseum in Biloxi.