LET THE SONGS THAT DEFINED A NATION FILL YOUR SOUL

The highway signs say it all: Welcome to Mississippi, Birthplace of America’s Music. This country’s ﬁrst original musical genre, the blues, was originally played right here in the Mississippi Delta. From there, the tuneful tale has continued to be told. Our roster of world-famous performers includes icons like B.B. KING and the KING OF ROCK ‘N’ ROLL, JIMMIE RODGERS, FAITH HILL, TAMMY WYNETTE and JIMMY BUFFETT. What has inspired so many country, gospel, rock, jazz, opera and pop artists to rise up from our ranks? Join the millions of visitors who have traveled here from around the world to ﬁnd out, and let the strains of our American anthem become the soundtrack for a journey you’ll never forget. 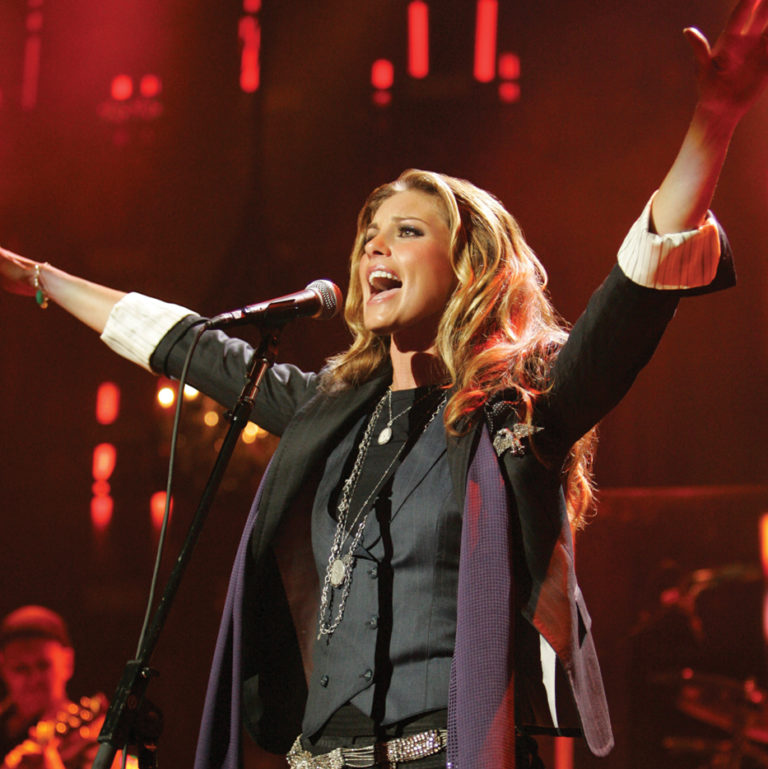 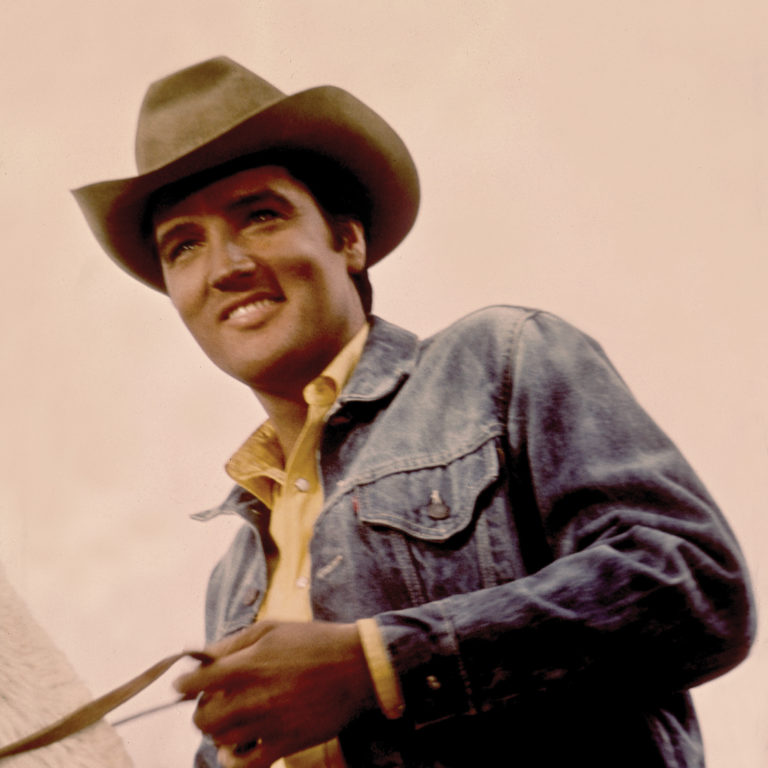 Ever wondered who wrote that song you can’t stop humming? Chances are it was a musical mind from Mississippi.

Two-time Grammy winner PAUL OVERSTREET of Vancleave gave country superstar Randy Travis a trio of No. 1 hits with “Diggin’ Up Bones,” “On the Other Hand” and “Forever and Ever, Amen” in the 1980s. He went on to pen “She Thinks my Tractor’s Sexy” for Kenny Chesney and “Some Beach” for Blake Shelton. CLYDE OTIS of Prentiss was one of the ﬁrst African American executives at a major record label, and the nearly 800 songs he wrote were recorded by artists including Elvis Presley, Aretha Franklin, Johnny Mathis and Patti Page. Hattiesburg’s CRAIG WISEMAN wrote the Grammy- winning hit “Live Like You Were Dying” for Tim McGraw. His lyrics have also been sung by Kenny Rogers, Brooks & Dunn, Toby Keith and Trisha Yearwood.

MAC MCANALLY got his start in music by playing piano and singing in church in Belmont before ﬁnding wide-spread success both as a singer and as a songwriter for Jimmy Buﬀett, Charley Pride, Kenny Chesney and other big names. McAnally has taken home the trophy for Country Music Association Musician of the Year nine times. No matter where you are in Mississippi, you don’t need to go far to ﬁnd a hotspot for headlining musical artists. Below are just a few. You’ll also want to check out the schedule of touring acts taking the stage at the state’s casino resorts.

No matter where you are in Mississippi, you don’t need to go far to ﬁnd a hotspot for headlining musical artists. Below are just a few. You’ll also want to check out the schedule of touring acts taking the stage at the state’s casino resorts. 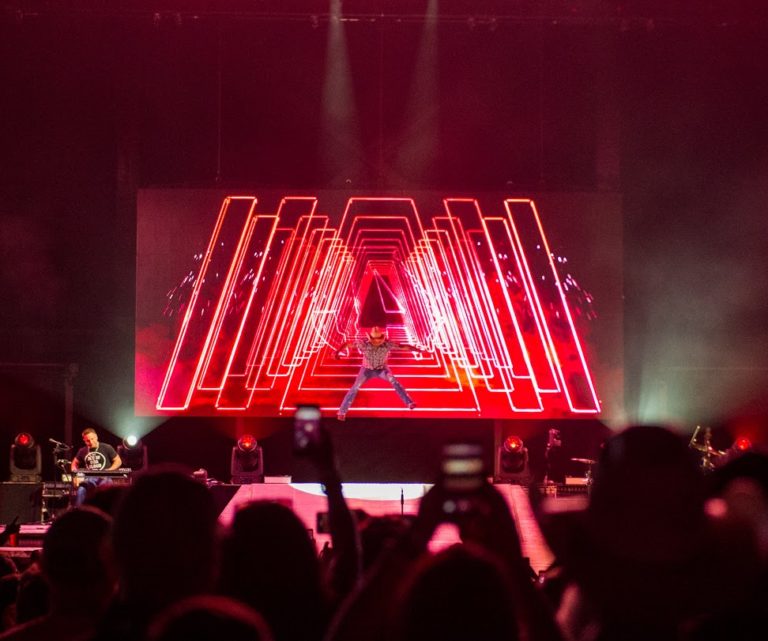 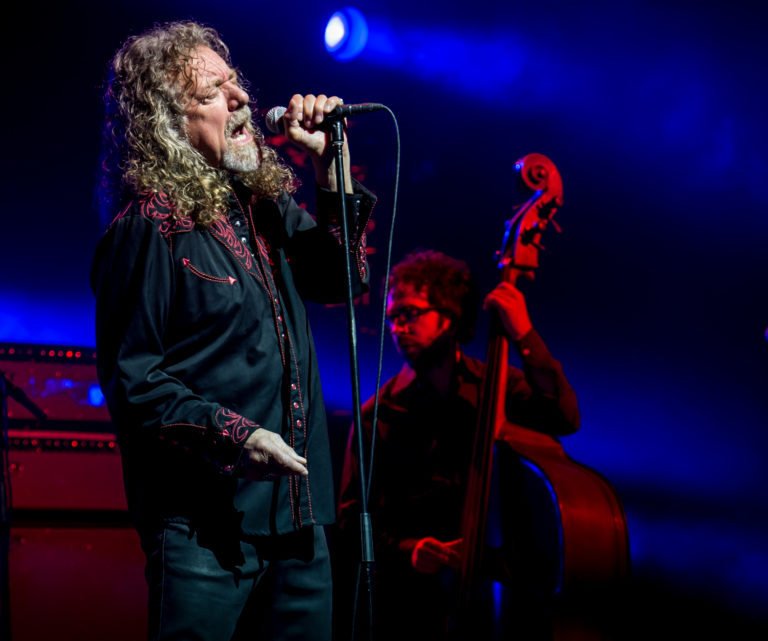 Historic THALIA MARA HALL in Jackson has welcomed a long lineup of stars to its stage, including Robert Plant, Bob Dylan and Billy Joel. Less than a year old, the state-of-the-art BRANDON AMPHITHEATRE in Brandon has already hosted hit makers like Alan Jackson, Alabama and Imagine Dragons.

John Fogerty, Dave Matthews Band, The White Stripes and Merle Haggard are among the chart- toppers who have graced the stage under the stars at the open-air BANKPLUS AMPHITHEATER AT SNOWDEN GROVE in Southaven. An Oxford building that has experienced past lives as a livery stable owned by William Faulkner’s family and a silent ﬁlm theater called THE LYRIC before being abandoned in the early 1980s has now been restored and hosts acts including Eric Church, Dwight Yoakam and Band of Horses. 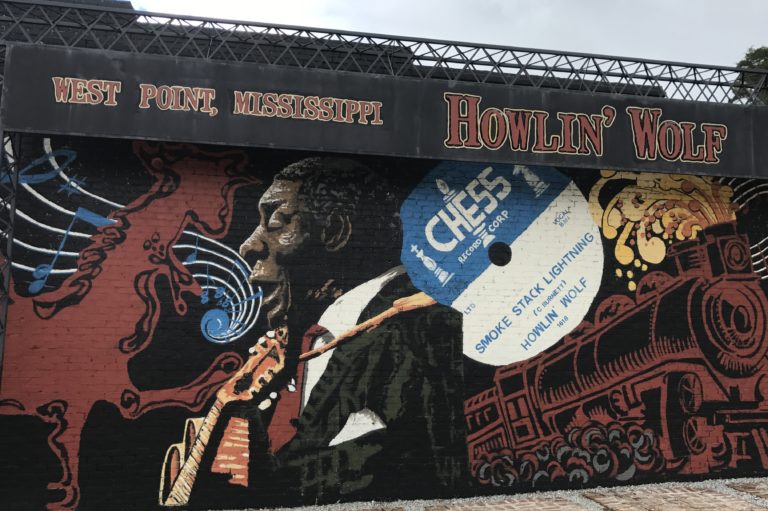 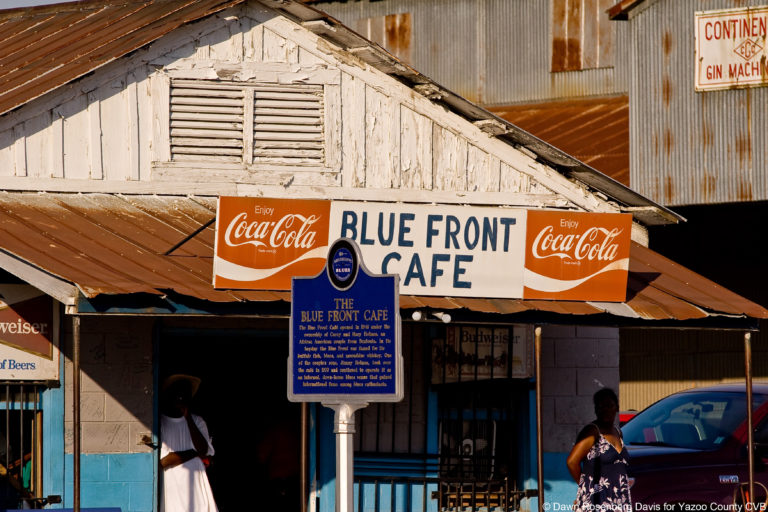 How did blues legend Robert Johnson get his heavenly guitar skills? Some say it came from selling his soul to Satan at THE CROSSROADS of Highways 61 and 49 in Clarksdale. Today the spot is marked by massive guitar sculptures that point to the sky. Just outside Merigold is another legendary spot: PO’ MONKEY’S, a one-room house turned juke joint set beside the cotton ﬁelds that drew fans of the blues from 1961 until 2016, when the owner passed away. While no longer open, the eclectic exterior décor still makes this a memorable place to stop. You can still get an authentic juke joint experience at Bentonia’s BLUE FRONT CAFÉ, which opened in 1948 and is run by bluesman Jimmy “Duck” Holmes.

Colorful murals, including a massive wall devoted to HOWLIN’ WOLF, adorn a multitude of buildings in the town of WEST POINT.

The New Hope Missionary Baptist Church cemetery in Walls is where you’ll ﬁnd the gravesite of “MEMPHIS MINNIE” (as Lizzie Douglas was widely known). The headstone of this illustrious blues composer and guitarist calls to mind her “highly singular, individual voice”: “Listening to Minnie’s songs, we hear her fantasies, her dreams, her desires, but we will hear them as if they were our own.”

Before he was the King of Rock ’n’ Roll, Elvis Presley was a Mississippi boy, and his hometown of Tupelo is the place to go to learn about those formative years.

Along with the cabin in which his family lived, the ELVIS PRESLEY BIRTHPLACE AND MUSEUM now includes two new outdoor areas—one that tells the story of his young dreams through bronze statues and a story wall, and another featuring a fountain-ﬁlled lake.

The newly renovated TUPELO CONVENTION AND VISITORS BUREAU also pays tribute to Presley through a comic-book- style storyline exhibit on the musician’s life.

IMMERSE YOURSELF IN OUR MUSIC 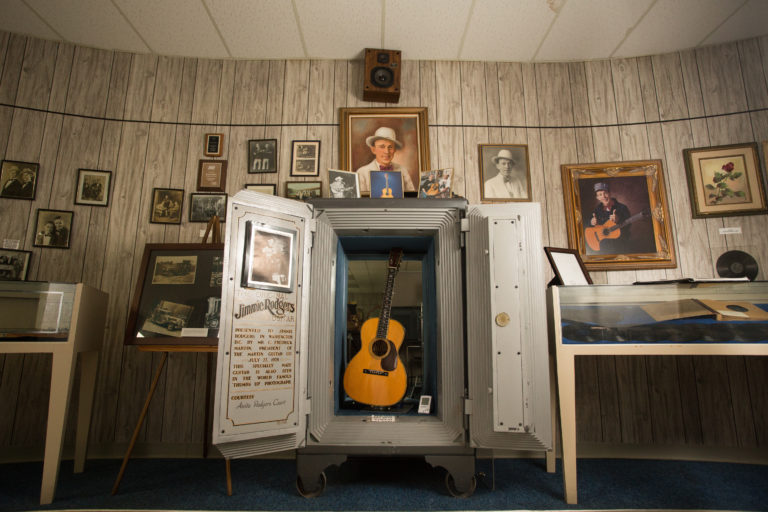 At Meridian’s new MISSISSIPPI ARTS + ENTERTAINMENT EXPERIENCE, visitors can literally surround themselves with star power in a 360-degree Hall of Fame exhibit ﬁlled with interesting stories about musicians and other creative celebrities who hail from this state.

The JIMMIE RODGERS MEMORIAL MUSEUM, also in Meridian, serves as a memorabilia-ﬁlled homage to the “Father of Country Music” and Country Music Hall of Fame inductee. A modest stone marker stands at his gravesite in Meridian’s Oak Grove Cemetery.

Mississippi’s oldest music museum, the DELTA BLUES MUSEUM in Clarksdale, traces the genre’s roots in this region through unforgettable exhibitions including the cabin where Muddy Waters lived while working as a sharecropper. Indianola welcomes visitors to the B.B. KING MUSEUM AND DELTA INTERPRETIVE CENTER, which features rare artifacts and interactive exhibits about the life and career of the late blues legend. Head farther north for the next stop on your blues journey, the GATEWAY TO THE BLUES MUSEUM in Tunica. Here you’ll ﬁnd an 1895-built train depot ﬁlled with guitars played by blues greats, and you can even record your own blues song. Make a melodic stop in Cleveland to see the GRAMMY MUSEUM® MISSISSIPPI, the only Grammy museum outside of Los Angeles, which is home to exhibits exploring everything from rock and hip-hop to country and classical; the onsite theater also hosts live performances throughout the year.

Among the most entertaining ways to take a musical journey through Mississippi is to let our genre-focused trails be your guide.

The MISSISSIPPI BLUES TRAIL features an amazing 200 informative markers across the state— and even beyond our borders! The MISSISSIPPI COUNTRY MUSIC TRAIL explores the state’s many entertainers who have excelled in that style. Find a complete listing of sites on the Mississippi Blues Trail on page 58 and at msbluestrail.org. To see a full list of locations on the Mississippi Country Music Trail, check out page 61 or see mscountrymusictrail.org. 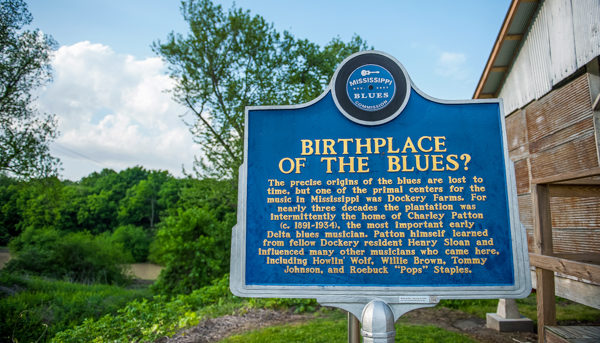 WHERE THE MUSIC LIVES ON

A renovated 1930s warehouse is now THE THIRSTY HIPPO, a live music venue in downtown Hattiesburg that also serves up Southern casual food and drinks. Fans of Ocean Springs’ GOVERNMENT STREET GROCERY rave about the eclectic music lineup as much as they do about the food oﬀerings, which include popular vegetarian and Mediterranean options. 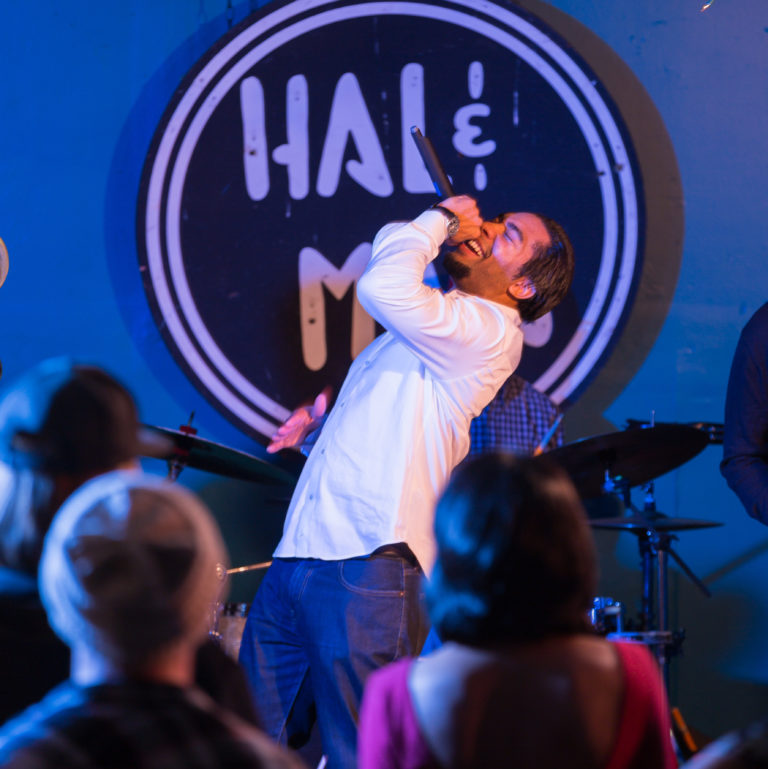 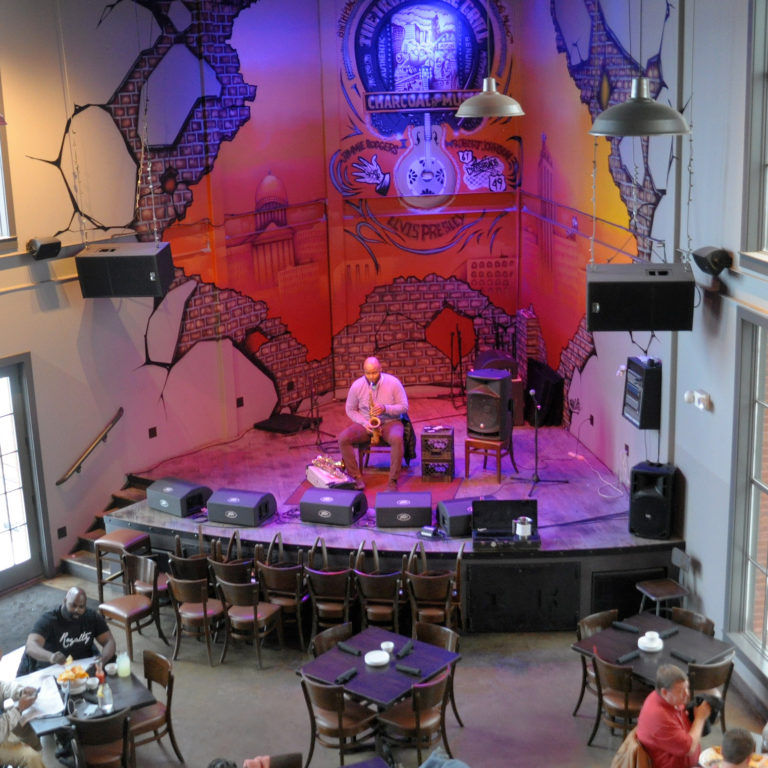 A local music institution in downtown Jackson for nearly 35 years, HAL AND MAL’S is beloved for its neon- lit retro vibe, a menu of seafood favorites and an ever- changing lineup of musical acts. Jackson’s IRON HORSE GRILL was built as a smokehouse in 1906 and burned down twice before being resurrected from the ashes as a hotspot for high-energy tunes and hand-cut steaks. SMOOT’S GROCERY in Natchez is known for attracting blues artists from this area and around the world, but the lineup of this juke joint plus beer garden also includes acts in genres from rockabilly to Texas swing.

Experience a taste of authentic Delta blues at RED’S LOUNGE in Clarksdale. This tiny tavern is decorated with photo-covered walls and strings of glowing red bulbs that illuminate performers who play guitars just a few feet away from the audience. THE BLUE BISCUIT is only a few steps away from the B.B. KING MUSEUM in Indianola, making it an ideal spot for stopping in after a day of touring. The former storefront now serves up Southern soul food and barbecue, with great live music always on the menu.

Laid back and funky are the most often-used adjectives to describe THE BLUE CANOE in Tupelo, a local favorite joint for enjoying live tunes while sipping on one of the more than 100 beer oﬀerings. The burgers have also been voted among the state’s best. 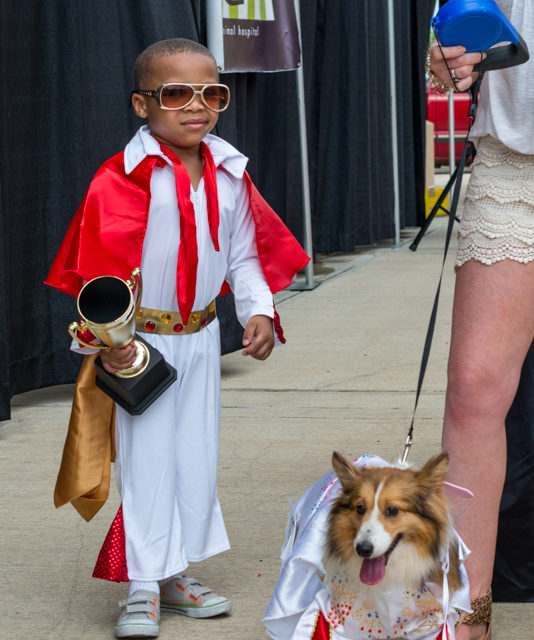 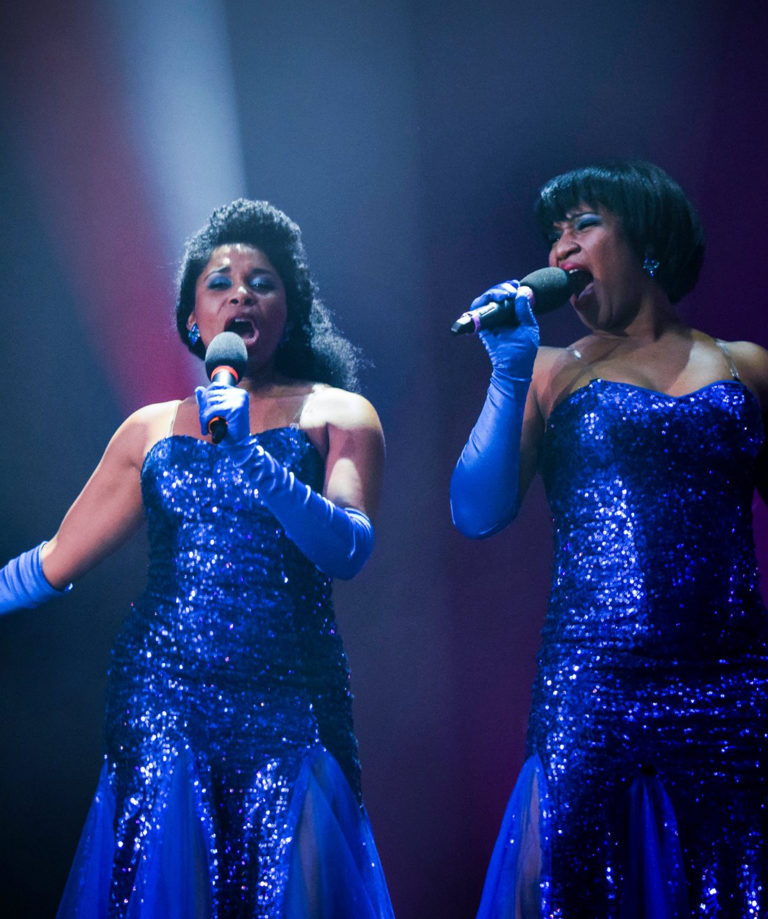 The Delta’s own country singer/songwriter Steve Azar is one of the founders of Greenville’s MIGHTY MISSISSIPPI MUSIC FESTIVAL, which draws fans each fall for three days of musical entertainment, plus regional food favorites from tamales to fried catﬁsh, along with artisan-made products and a lineup of children’s activities. The oak-shaded courthouse lawn in Cleveland is transformed each spring into the site of the CROSSTIE ART AND JAZZ FESTIVAL, which combines a juried ﬁne-arts show with a jazz stage featuring musical acts from solo artists to big bands.

For more than 20 years, the TUPELO ELVIS FESTIVAL has attracted a legion of Elvis lovers to hear internationally known performers and to witness the always memorable Graceland- certiﬁed Ultimate Elvis Tribute Artist Competition.

Billed as “Mississippi’s only multi-week, multi-genre festival,” FESTIVALSOUTH in Hattiesburg gives music lovers a heaping helping of live performances with both free and ticketed events ranging from classical and jazz to gospel and country.

Join thousands of your closest friends in downtown Starkville for BULLDOG BASH, a fall event touted as the state’s largest free outdoor concert. Multiple stages and a daylong lineup ensure there’s something for every music fan. The NESHOBA COUNTY FAIR in Philadelphia may be best known for its quaint cabins and horse racing, but fairgoers are also treated to concerts by some of the biggest names in country music. Past performers have included Sister Hazel, Dierks Bentley and Tammy Wynette.