Get captivated by our Mississippi stories.

From Pulitzer Prizes to the big screen, Mississippi has a lot of stories to tell, and it’s easy to see why. With our storied past, vibrant future, picturesque landscapes and talented creators, Mississippi sets the stage for award-winning novels and film.

Canton has been dubbed “Mississippi’s Film Capital,” and has played host to many major films including My Dog Skip, an adaptation of Willie Morris’s beloved novel, A Time to Kill and O Brother, Where Art Thou?. Marvel at the props used in these iconic movies at the Canton Movie Museum downtown. Based on John Grisham’s chilling novel, The Client filmed scenes in Clinton. The 2017 film Same Kind of Different As Me was filmed in Jackson and starred a cast of Academy Award winners and nominees. The Help also features several scenes from Jackson.

With more than 300 years of history and architecture, Natchez is the perfect backdrop and has become a filmmaker’s paradise. The historic mansions, storied cemeteries and painting-like landscapes have served as the setting for nearly 80 films from all genres. In 2010, the architectural marvel Longwood served as the backdrop for the Vampire King’s digs in cult-favorite True Blood. Most recently, Mississippi native and acclaimed director Tate Taylor has collaborated on big screen films Ma, Breaking News in Yuba County and Get on Up.

Take a self-guided driving tour through Greenwood, and discover the locations seen in The Help. Hollywood Plantation in Benoit was the set for the 1956 movie Baby Doll and the historic mansion is known as “The Baby Doll House.”

The action-packed heroic film Act of Valor was filmed at the John C. Stennis Space Center in Hancock County. 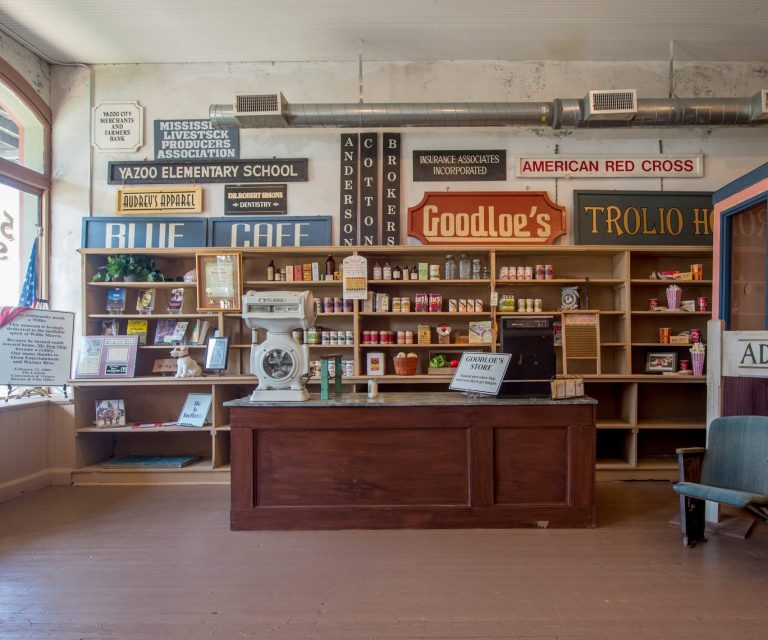 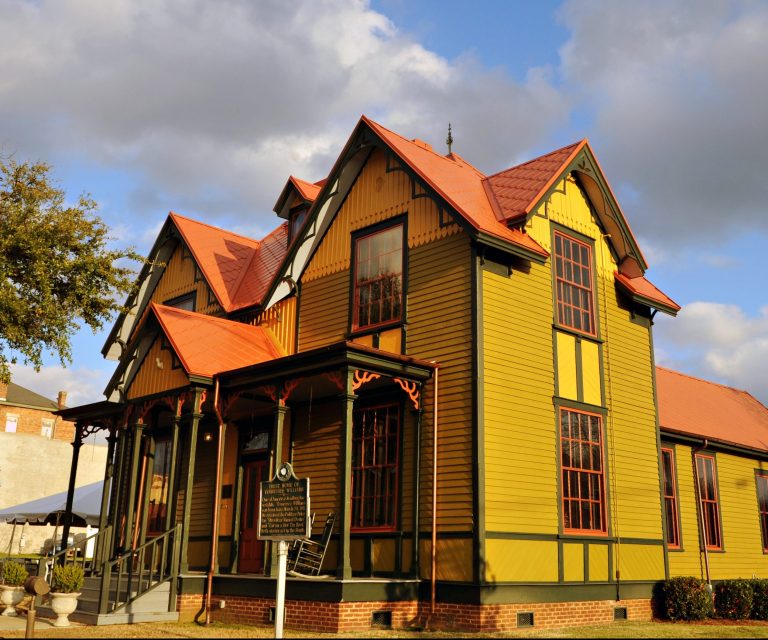 Write your own Mississippi adventure beginning in Oxford at Rowan Oak, the home of William Faulkner, where you’ll find etchings of his writings on the wall of his famous novel, A Fable. Then visit the Faulkner Gravesite at nearby St. Peter’s Cemetery.

Make a stop at the University of Mississippi to see the Rowan Oak Papers, a collection of Faulkner’s works, as well as the Grisham Law Library, named after John Grisham.

Dive into the world of literature in the John Grisham Room in the Mississippi State University library. Nearby in Columbus, you’ll find the first childhood home of famous playwright Tennessee Williams. The Tennessee Williams Museum Home and Welcome Center has been meticulously restored, and is a must-see for any literary or history buff.

For more history about the iconic playwright, visit the Tennessee Williams Rectory Museum in Clarksdale. The gravesite of Willie Morris, beloved author of My Dog Skip, can be found in Glenwood Cemetery in Yazoo City. Morris wrote about this same site in Good Old Boy. Donna Tartt, Pulitzer Prize-winning author of The Goldfinch, hails from Greenwood, while Greenville was home to novelist Shelby Foote.

The state’s capital city of Jackson hosts two literary attractions: the Eudora Welty House and Garden, containing photographs and papers of the famed author’s life; and the Richard Wright Library, which hosts regular book readings. Jackson also claims the work of Kathryn Stockett, author of the wildly popular The Help, set in Jackson, which features scenes at local eatery Brent’s Drugs. Mississippi also has a claim to fame for Greg Iles, distinguished author of mystery thrillers, who was raised in Natchez and used the town as the setting for many of his novels.

Natasha Threthewey, former US Poet Laureate and Pulitzer Prize winner was born in Gulfport and has often written about her Southern roots. 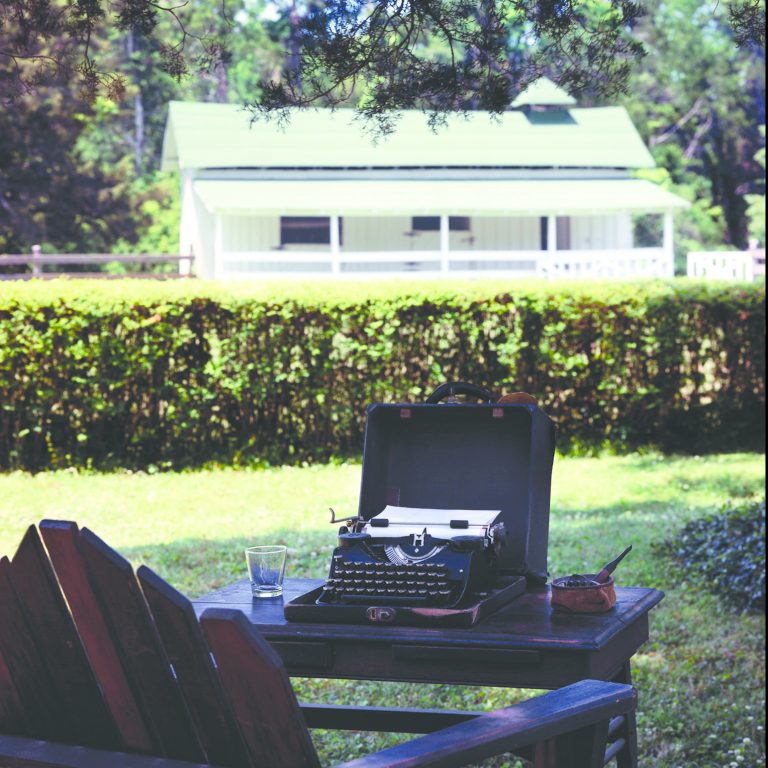 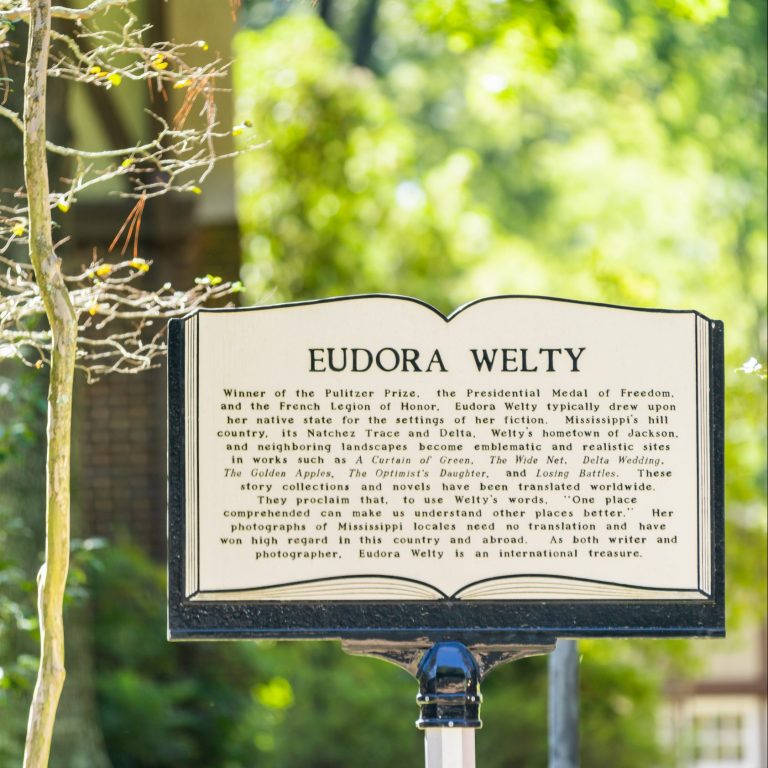 The Mississippi Writers Trail follows the inspiration of some of America’s most famous authors that have called Mississippi home. Each marker is designed in the image of an open book and helps tell the story of some of the most renowned wordsmiths. Included in this group of literary greats are Eudora Welty, Margaret Walker, Willie Morris, Tennessee Williams, William Faulkner, Ida B. Wells and others. The trail is an ongoing project with markers continuously added to help tell the story of Mississippi’s literary legacy on the world.

Book lovers will find a haven at Turnrow Books in Greenwood noted as, “the most beautiful bookstore I know,” by a New York Times columnist.

Finish your literary road trip in Jackson at Lemuria Bookstore, which has been a local staple since 1975. This charming bookshop is filled with signed first editions, hardbacks, paperbacks and children’s books. 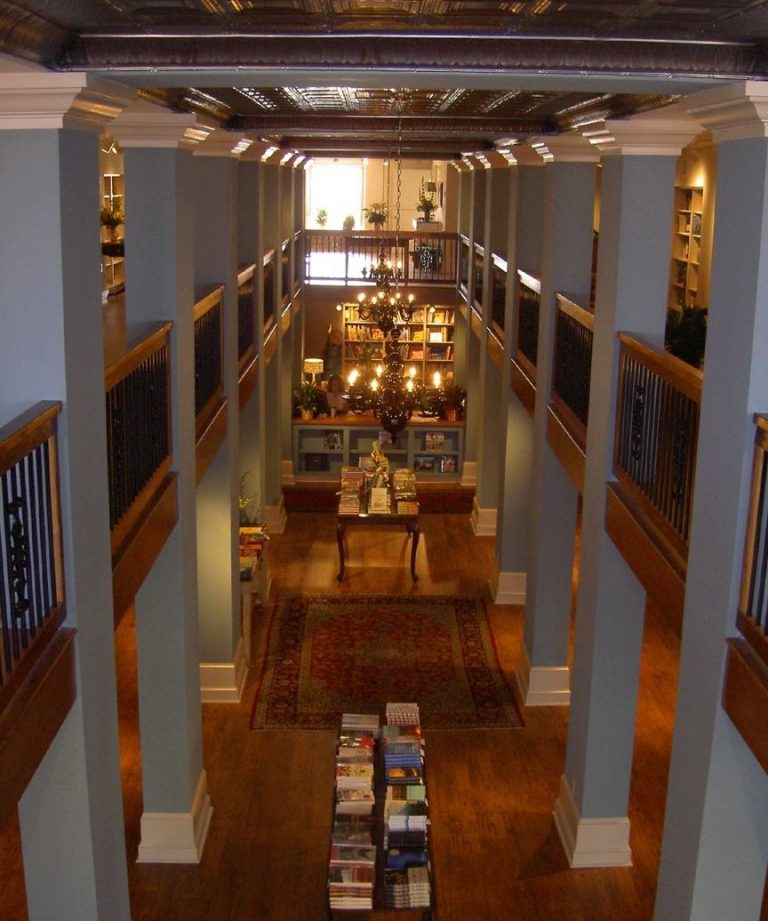 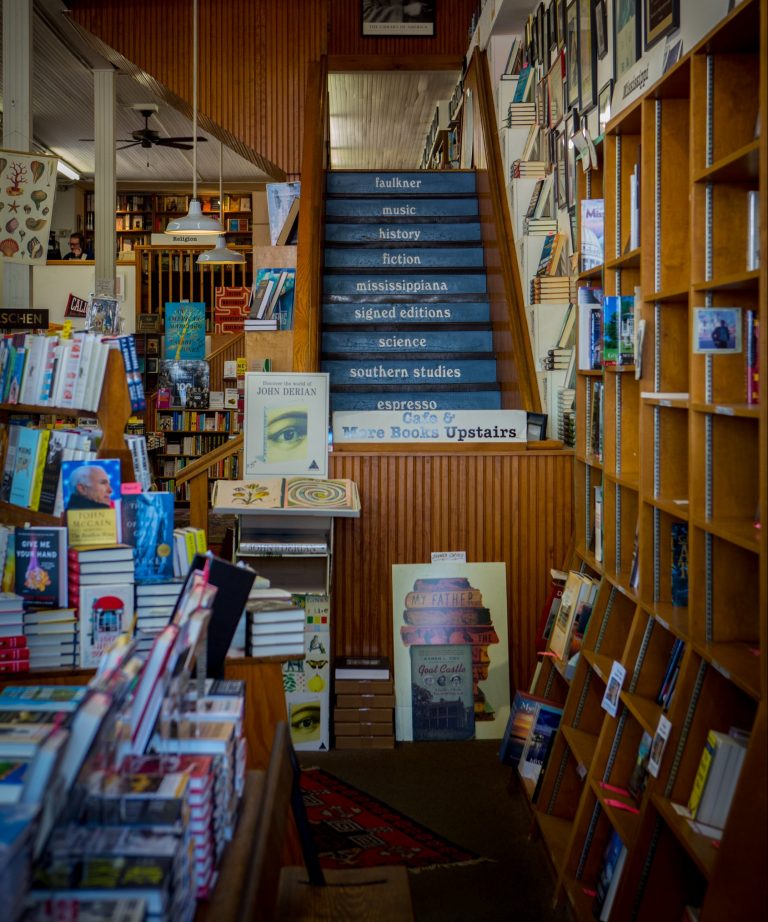 The state Capitol grounds in Jackson transform into a “Literary Lawn Party” each summer for the Mississippi Book Festival. Founded by literary advocates in the state, this ever-growing festival features author panels, book signings, a Capitol tour and other activities for the whole family.

Each fall Williams is also celebrated with the Tennessee Williams Tribute in Columbus, which features a masterful literary line up of events over several days.

Mississippi celebrates the art of film throughout the year by showcasing the work of national and local filmmakers alike at festivals. Most notably, the Oxford Film Festival invites the public to see never-before-seen cinema as well as to hear panel discussions from film producers and directors.

Delve into a variety of entertainment including fashion and film at Festival South Expo in Hattiesburg each summer.

The Crossroads Film Festival dedicates its events and films to show the diverse range and depth of movies and how Mississippi has impacted the world of cinema. 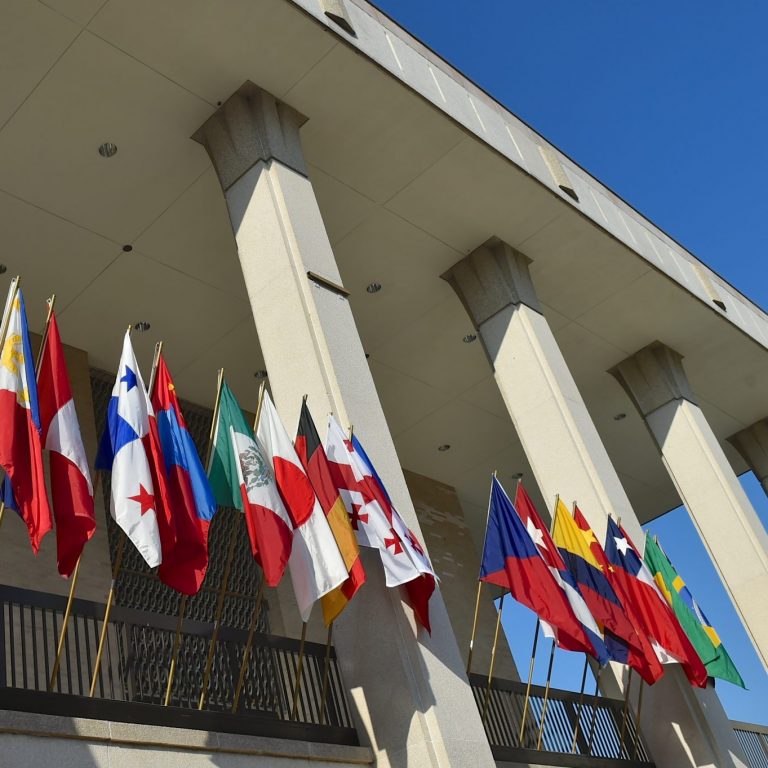 Snag a front row seat for a show by the Hub City Players in Hattiesburg who have been praised for their performances of James and the Giant Peach, Steel Magnolias and Sister Act. Built in 1929 by a New Orleans architect, Saenger Theater exemplifies the Neoclassical Revival and Art Deco style making a jazzy venue in Hattiesburg to host performing arts of all kinds.

Thalia Mara Hall in Jackson brings nationally and internationally revered acts to the capital city, including Broadway shows Fiddler on the Roof and Cats.

Located within a 1920s historic building, the Biloxi Little Theatre produces family-friendly performances of a wide genre as well as summer camps for kids and teens. Also visit Laurel Little Theatre, which has produced over 200 productions.

Serving the local community for over 70 years, the Vicksburg Theatre Guild offers performances of musicals and comedy-dramas, mostly known for their showing of Gold in the Hills. The oldest community theatre in the state, Natchez Little Theatre dates back to 1932. Another community theatre that has stood the test of time is Brookhaven Little Theatre, which puts on captivating performances at the Haven Theatre in downtown Brookhaven. New Stage Theatre in Jackson shines a spotlight on local actors in classic plays and thought-provoking productions.

Greenwood Little Theatre has been entertaining audiences for more than 60 years with dramas, musicals, comedies and mysteries. 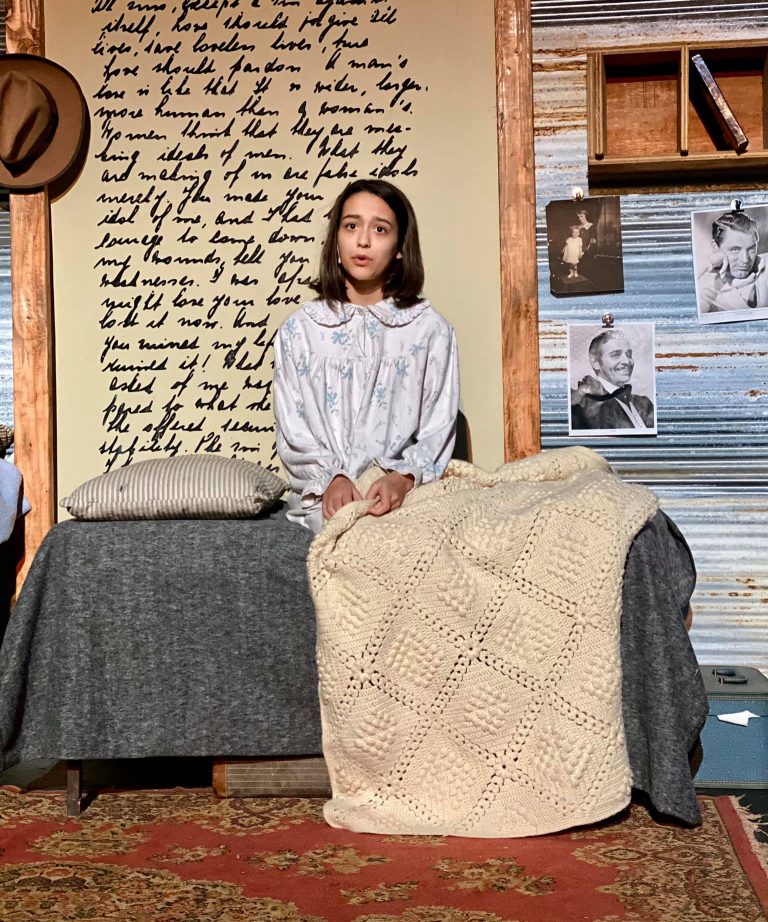 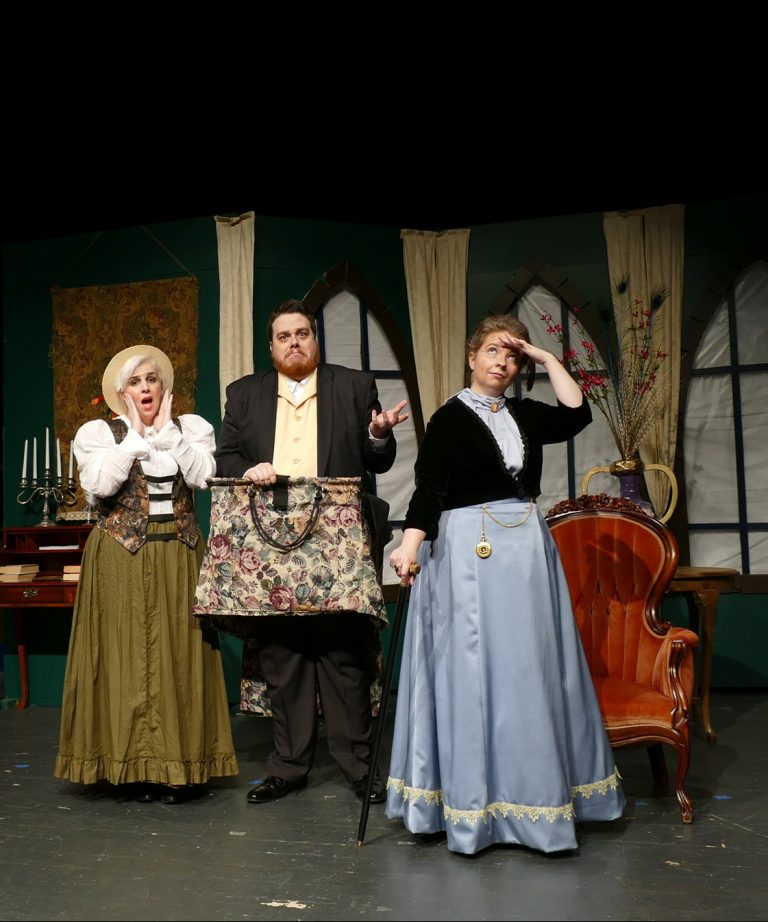 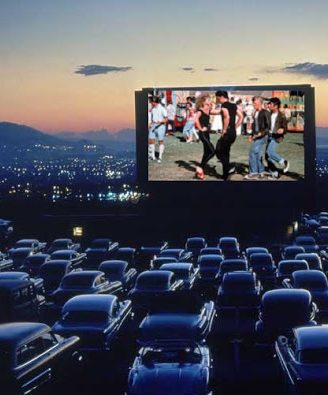 Savor an old-time favorite experience at the Iuka Drive-In, the only remaining drive-in theater in Mississippi.

The 1937-built Elkin Theater in Aberdeen celebrates a lively legacy and shows movies on Thursday and Friday nights.

STATE OF THE ART THEATERS

Watch movies in the seat of luxury at Malco Renaissance Cinema Grill in Ridgeland. The state’s newest theater offers plush reclining chairs and a delectable menu that even includes a wide selection of beer and wine. Nearby find Malco Grandview Cinema and IMAX in Madison, which offers the most cutting-edge viewing experience.

Planning for the reopening of Capri Theater is underway for the Fondren District in Jackson as well as a new restaurant and bowling alley. This new development is set to be a lively bustling attraction.